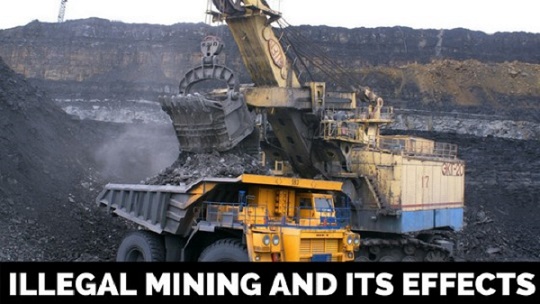 Ghana was once known as the “Gold Coast” because of its bountiful gold reserves, and the precious metal is still important for the West African country’s economy.

However, illegal gold mining – called ‘Galamsey’ in the local dialect – is costing the country billions of dollars, mostly due to increased demand in China.

In 2016 alone, Africa’s second largest producer (after South Africa) lost more than $2 billion to illegal mining, and now the Catholic Church is joining the calls for the government to end the practice, which the bishops called a “menace” that has “plagued our nation.”

“We remind Ghanaians that our natural resources belong to those gone before us, those of us living and those who will come after us. We must therefore refrain from selfish exploitation of our natural resources to the extent that generations after us will be deprived of their fair share of these resources,” the bishops said in a statement.

It is estimated that about one million people are involved in illegal mining in Ghana, many of them Chinese.

Beijing has been accused of failing to stop its citizens from violating Ghanaian laws in their quest for minerals, mostly through illegal, small scale exploitation, especially after gold prices soared about fifteen years ago.

In 2016, a third of the country’s 2.7 million ounces of production came from small mines, up from less than a quarter before the boom.

Despite this, the sector supplies only 16 percent of tax revenues, according to the Ghanaian government’s Minerals Commission, which oversees the industry.

“This type of small-scale mining (by foreigners with heavy machinery) is fairly recent, only since 2009,” he told The Leaven, the local Catholic newspaper.

The paper reports that “Illegal mining has wreaked havoc on the environment, especially the waterways, and brought a host of social and health problems to rural villages.”

The recent statement from Ghana’s bishops is not the first time church leaders have come out against illegal mining.

“Ghanaians involved in illegal mining are the wicked citizens who seek the fall of the country over their personal interest,” he told Fides News Agency.

The archbishop said the phenomenon of the galamsey is threatening the ecosystem of Ghana, in particular rivers and national water reserves, which are polluted due to the massive use of mercury in the extraction of gold from the ore.

Anokye then accused such miners as “greedy and evil,” noting that they are even more wicked and dangerous than murderers.

In May, the Christian Council of Ghana (CCG) and the Ghana Catholic Bishops’ Conference (GCBC) issued a joint communiqué condemning illegal mining at the end of their annual meeting in Accra.

The statement said the “menace is destroying the lives of ordinary Ghanaians, livestock and food stuff. Many of our youth have also abandoned the classroom leading to increase in illiteracy in the affected areas.”

They applauded the efforts of President Nana Akufo-Addo and his government to “protect our water bodies, farm lands, forest reserves etc. and their commitment to end illegal mining in the country.”

Akufo-Addo came to power in December 2016, and has made the fight against illegal mining a top government priority.

In September, the president gathered traditional leaders in the country in efforts to engage them in the fight against illegal mining.

While admitting that the difficult economic times may be driving many people to do anything to survive, the president said “there are things we can’t just allow to happen and one of them is the abuse of our heritage.”

Akufo-Addo also mentioned the international effects of the illegal mining, because pollution is contaminating the waters of neighboring countries.

“Rivers, waters, forests don’t know national boundaries; they run across nations. The activities of Ghanaian illegal miners are jeopardizing the space of our neighbors,” the president said, adding that it would be “a betrayal of the trust imposed on me if I fail to end this.”

Akufo-Addo has found enthusiastic allies in Church leaders, who are more than willing to use the pulpit to preach against galamsey.

In their latest statement, the Catholic bishops said they would “sustain our efforts to reverse the harsh consequences of this self- inflicted destruction.”