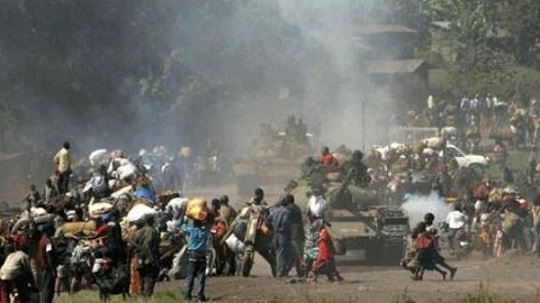 The “Balkanization” of the Democratic Republic of the Congo—that’s how the country’s bishops define the chaos in the region.

The bishops have denounced “the kidnapping and murder of children, people being abducted, and armed robbery, all of which have become common, and attacks against parishes and other structures of the Catholic Church.”

In order to understand the situation on the ground better, we contacted Carmelite Missionary of Charity Maria-Núria Solà (born in Barcelona in 1943), whose dream when she was a child was to “go off to the missions.” She is currently located in the city of Kinshasa in the Congo.

We asked about the reason for the attacks against Catholics. “The problem isn’t persecution of Christians, as could happen in other, Islamic majority countries,” she explained to Aleteia.

The Church denounces the situation of corruption

In the Congo, the majority are actually Christians. The Catholic Church is being attacked because “it has spoken out, written, and acted against injustice, violence, and the dictatorship masked as a democracy,” she added.

The country is experiencing political deadlock due to the fact that, according to the Constitution, the current president, Joseph Kabila, cannot run for another term, and he is delaying elections.

The Episcopal Conference had offered to negotiate an agreement between the opposition and the president, and an accord was signed on December 31, 2016 (Saint-Sylvestre Political Agreement). “However, nothing has been solved, and from time to time there are disturbances caused by the opposition,” the missionary laments.

One problem is that some blame the Catholic Church: “There are Christian churches and sects favored by the government that weaken the Catholic Church’s denunciations, and that explains to some extent the attacks that have taken place in various parts of the country.”

We live in an “uneasy peace; you never know what will happen tomorrow,” she admits.

Those responsible for the attacks are groups that are out of control, seeking to create insecurity for the entire population.

According to the Carmelite, “the Catholic Church has acted with courage. It continues to denounce acts of injustice, and cannot cease to do so if it wishes to be faithful to the Gospel, for the common good of the entire population. Our communities are living in insecurity, like any other citizen who opposes [the violence] and fights for freedom and justice.”

The CENCO, the National Episcopal Conference of the Congo, issued a statement on June 23 in which it too mentioned the “unrest” and the “concern” for the “constant deterioration of the political situation.”

The bishops stated that “the miserable situation in which we are living today is a consequence of the persistent socio-political crisis, due principally to the elections not being organized in conformity with our country’s Constitution.”

The bishops said that “a minority of the citizens have decided to hold the lives of millions of Congolese hostage,” which is “unacceptable.”

The state of poverty in the Democratic Republic of the Congo is due to the scourge of continual wars, the exploitation of natural resources by large corporations, and extensive corruption. Young boys in the region are exploited as soldiers, and young girls are sexually exploited.

The bishops declare that “the country is doing very badly” but they insist that people should “not give in to fear or fatalism.”