Archbishop in Malawi Urges Catholic Youth to Be Exemplary 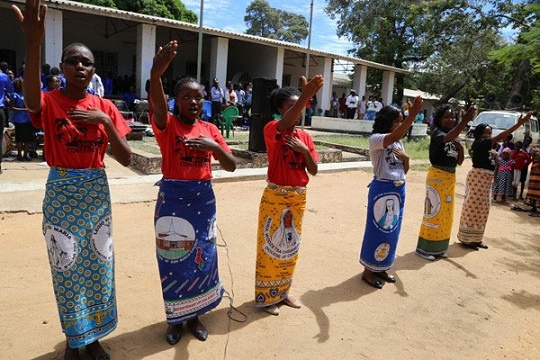 Archbishop in Malawi Urges Catholic Youth to Be Exemplary

Archbishop Tarcisius Ziyaye of Lilongwe Archdiocese in Malawi has urged the country’s Catholic youth to be exemplary in their behaviour by being the light and salt of their society. The Archbishop called on the young people to become conversant with Catholic Social Teaching.

“I encourage you, brothers and sisters, to use your Christian conscience properly to avoid the evil doings of this modern world. Your behaviour should inspire those who are not Christians. It’s only when you are good Christians that you will be able to make wise decisions and follow various vocations in the Church and be the salt and light that you are supposed to be to the world,” Archbishop Ziyaye said.

The Archbishop was speaking recently in Salima at Salima Technical College during the Eucharistic celebration marking the official opening of a three-day youth rally for Catholic youth drawn from the parishes of the Archdiocese of Lilongwe.

During the rally, outgoing Diocesan Youth Coordinator, Fr. Michael Chimvalenji urged the youth to value the Holy Eucharist and the teachings of the Church. He told them that the Holy Eucharist is the source and summit of Christian life,

“Respect these things and do not take them for granted, use them as your spiritual tools. When used for their intended purposes …. they will bring you closer to God since they are a sign of our faith and trust in God,” Said Fr. Chimvalenji.

“(The Prophet) Jeremiah was called while he was still a youth. Initially, he was afraid but God assured him of his presence. He faced resistance from the people …  but still, he worked for the Kingdom of God. Always remember that God is still doing great things in your lives,” said Fr. Khodola.

The three days youth rally organised by the Archdiocese of Lilongwe drew together youth from parishes of the Archdiocese. The young people also participated in various activities and engaged in group discussions. There were also activities for entertainment including sports. Winning teams walked away with new sports attire for their parish teams.

Pope Francis has announced that in October 2018, the 15th Ordinary General Assembly of the Synod of Bishops will be held, on the theme: “Youth, faith and vocational discernment.”