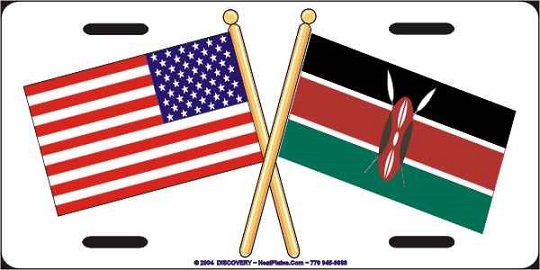 As a broad generalization, it’s probably accurate to say that on-the-ground experience of the developing world often issues a fairly stiff challenge to the way Americans think about things, including the Catholic Church.

Think Catholicism is in decline? Visit much of Africa and parts of Asia, where the biggest headache is keeping pace with breakaway growth. Think Christians can’t be at risk in places where they’re a majority? Consider Latin America, where Mexico and Colombia routinely rank as the most dangerous spots on earth to be a Catholic priest.

Roman Catholicism today is a far-flung global religion with 1.3 billion followers, more than two-thirds of whom live outside the West. In the 21st century, considering other perspectives in thinking about the Church isn’t just a courtesy, it’s a survival strategy.

Earlier this year, I made that point after visiting Lebanon. The same truth was reinforced this week as my Crux colleague Inés San Martín and I were in Kenya, visiting Mombasa, the country’s second city on the gorgeous Indian Ocean coast, and Lodwar, an impoverished and scorching hot town of 50,000 in the largely desert north and the hub for the pastoralist and still largely isolated Turkana people.

It was a dazzling, exhausting, and revealing experience, and far too multi-layered for a quick synthesis. Nevertheless, here are three initial take-aways.

Suppose I told you I know a Kenyan prelate who’s devoted his life to serving the most impoverished area in a country known for chronic poverty, who cares deeply about the environment and the impact of climate change on matters such as access to safe drinking water, and who’s risked his life to act as a peacemaker between competing tribal groups in massive refugee camps.

Many Americans probably would say, “Sounds like a real liberal.”

Now suppose I said I’d met a Kenyan prelate who belongs to Opus Dei, who puts a strong emphasis on seriousness about priestly life, who thinks the spiritual basics and bringing people to the faith are vitally important, and who has little interest in what’s bubbling on the theological avant-garde. The reaction probably would be, “That’s a classic conservative.”

All of the above is true of Bishop Dominic Kimengich of Lodwar, and he’s hardly alone. He laughed gently when I asked him if he thinks of himself as “liberal” or “conservative,” looking at me and eventually saying: “Here, those categories just don’t apply.”

One minute, Kivuva will brag about a recent film produced by the archdiocese defending traditional marriage, and the next he’ll light up discussing the latest efforts to promote inter-religious harmony and peace. That’s a keenly progressive cause in Mombasa, a religiously mixed city in which Catholics, Muslims, Pentecostals and Evangelicals, followers of traditional religions, and Hindus all have significant footprints, and all today are under the shadow of cross-border threats from the Al-Shabaab terrorist group in neighboring Somalia.

In Kivuva’s eyes, there’s nothing predestined about religious conflict. The real battle lines, he says, don’t run between Muslims and Christians, but between moderates and radicals – and, Kivuva warned, there are radical instincts in all traditions.

Asked if he ever gets frustrated at the way Westerners tend to read the African church through their own eyes, he laughs, saying that the crises and needs he’s trying to address every day, both for his Catholic flock and the city as a whole, are far too urgent to leave much left over for worrying about how Westerners perceive what he’s doing.

However, he adds this: “This is a very different world from the West, and ways of seeing things have to adjust … if you ask me whether I’m a ‘liberal’ or ‘conservative’ I’d have to say, ‘Both’.”

By reputation, Africa is often considered a fairly male-dominated environment, and so’s the Catholic church here. Yet our experience this week suggests that much of the future of African Catholicism depends on its women.

In Mombasa, we visited the Holy Family Centre at St. Martin’s Catholic Church, which abuts the largest slum in the city. Though the parish doesn’t currently have a school, it’s got a center serving children outside school hours and during breaks, and it sees the full gamut of challenges – alcohol and drug addiction, victims of human trafficking and prostitution, kids abandoned or marginalized because they’re HIV-positive, and just basic poverty.

The center is run by a member of the Daughters of Divine Love, an order that’s been serving in the parish since 2004, named Sister Pauline Andrew. When we arrived on Tuesday, she’d organized a pumped-up reception featuring traditional songs, dances and dress.

The center draws children from several of the tribes that make up the city’s complex ethnic patchwork, making it a sort of laboratory experiment in co-existence.

Sister Pauline has bigger plans, hoping to see the center grow into a full-blown primary school served by eight members of her order, who would live in a nearby convent she’s also working on getting built. At the moment, she and another nun commute 14 kilometers every day back and forth to work at the parish, and Sister Pauline said that won’t work when the school is up and running.

Standing with Sister Pauline where the second floor of the new convent is supposed to go as soon as she has the money, I asked why she’s chosen to do such bone-crushing, emotionally draining work. She looks up from the architect’s plans as if the question were impertinent, says simply “this is where God wants me,” and launches back into a detailed explanation of her plans to model small-scale, sustainable urban agriculture by using land at the school and convent to grow crops.

Meanwhile in Lodwar, I visited the Bethany Guest House and an adjacent formation center for aspiring nuns, members of the Sisters of the Good Shepherd of the Immaculate Conception, an order founded under Kimengich.

There, I met Sister Giovanna, who runs the formation center, and Sister Magdalene, who heads the guest house. They spoke passionately about forming the next generation of women religious to go out and evangelize, teach and serve. They also described their aim to teach these young girls trade skills for self-reliance, so they can pass them on to others.

Sister Magdalene walked us through the formation center, explaining what’s been done already and what will need to be done in a hurry. Here too, growth is one main challenge – they’ve got five young women in formation now, with another eight expected to arrive next year.

Sister Magdalene, too, projected a calm determination when asked about all the different ways such an undertaking could go off the rails.

“This is what the church needs from me,” she said of seeing the effort through – as if the church needing something, and her then delivering it, is axiomatic.

Say what you want about these women and their dreams, but one thing is for sure: Terms such as “subservient,” “uncritical” and “second-class citizen” simply don’t apply.

In a world clogged by appeals for charitable causes, it’s natural to wonder from time to time how many of these outfits actually make a difference on the ground. Anyone who knows the Church in a place such as Kenya, however, can tell you that when one of these charitable groups works well, it doesn’t take much to achieve big results.

Several international Catholic organizations are involved in supporting the work of the Church in Mombasa and Lodwar, including Miseror in Germany, Missio Aachen, the Pontifical Missions Society, and others. Our trip, however, was sponsored by Aid to the Church in Need, a papal foundation devoted to supporting the persecuted and suffering church around the world, and so it’s their footprint here that’s clearest to me.

We saw any number of projects Aid to the Church in Need is backing, from convents and schools to formation centers for nuns. One that left an especially deep impression was their support for paying Mass stipends to priests in Lodwar, where priests have to have the Marine spirit to survive – this is a poor, forgotten, chronically under-developed place that covers vast distances, and if you’re not willing to literally go the extra mile, you won’t make it.

Much of the work of this diocese is primary evangelization, bringing the Gospel for the very first time to the isolated, pastoralist Turkana people. The rest is consumed with the realities of poverty, water shortages, drought and famine, and ethnic conflict. It’s an unforgiving, if also oddly compelling place, and the people here look to priests not just as pastors, but as ombudsmen to whom all of life’s problems can be directed.

We were privileged to get to know several of Lodwar’s priests this week, and at one stage, over lunch, our conversation turned to money. I said I’d heard that Aid to the Church in Need helped cover the Mass stipends, and wondered how much they were.

Father Isaiah Ajiri, who came from Uganda 15 years ago to serve in Lodwar and now works in the diocesan pastoral center in addition to assisting in the cathedral parish and taking care of several remote “outstations,” told me it usually works out to about $100 a month, so about $1,200 a year.

Casually, I asked if that’s intended to be some pocket money for the priest, on top of whatever his basic income is. Ajiri and Father Joseph Ekalimon, the vicar general of the diocese, hesitated, not quite sure what I was asking.

“Let’s put it this way,” I said. “What’s the priest salary in this diocese?”

Ajiri and Ekalimon burst out laughing, and eventually Ekalimon recovered enough to explain there is no priest salary here – that $1,200 from the stipends is a priest’s total annual income, and it’s expected to cover not only his needs but those of people who come to him for help.

All in, Aid to the Church in Need’s share of the bill for the stipends each year comes to about $60,000, making it hardly the largest line-item in most organizations’ annual budgets. For what they buy in a place like Lodwar, however, those dollars pack an impressive punch.

Changing the world, in other words, doesn’t always have to be about shock and awe. Sometimes, it can be about helping a dedicated missionary priest put one foot in front of another.