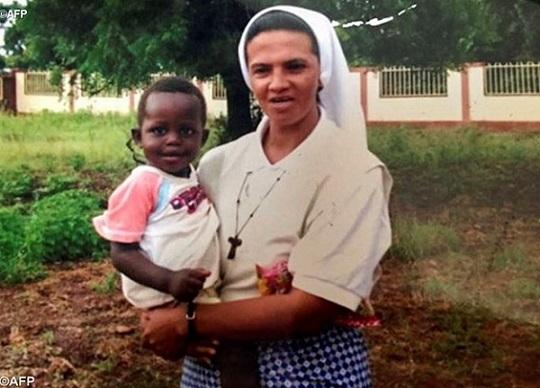 The Catholic bishops of Mali are asking the general public to help secure the release of a nun who was kidnapped in the country February 7th.

Sister Cecilia Argoti Narvaez was originally from Colombia but worked in Mali until she was kidnapped earlier this year. Her fate is still unknown.

“We are exploring all possible paths to obtain Sister Cecilia’s release and are calling upon the faithful to keep praying for her,” said Father Edmond Dembele, secretary general of the Episcopal Conference of Mali, according to Fides news agency.

Sr. Cecilia, a member of the Franciscan Sisters of Mary Immaculate, has served in Mali for 12 years. Her community administers a large health center in the country, as well as a home where they care for some 30 orphans between one and two years of age.

Armed men kidnapped Sr. Cecilia in the southern Mali city of Karangasso. The men forced Sister Cecilia to hand over the keys to the community’s ambulance. The vehicle was later found abandoned. Three other sisters were present at their house but escaped.

Fr. Dembele appealed to anyone with information about the kidnappers to contact authorities.

“Some people believe that bandits in the area kidnapped the sister in the hope of getting a ransom, and now do not know how to handle the situation,” he said. “Others believe jihadists kidnapped her.”

While jihadist groups like Al Qaida operate in the north of Mali, Karangasso is far removed from their typical area of operations.

Fr. Dembele asked the public and the media to help make contact with her kidnappers. The Diocese of Karangasso is also seeking any intermediaries with the kidnappers.

Sr. Cecilia and her fellow sisters teach literacy to some 700 Muslim women. They were working on a barn project for times of food shortages, as many mothers in the region die from malnutrition.