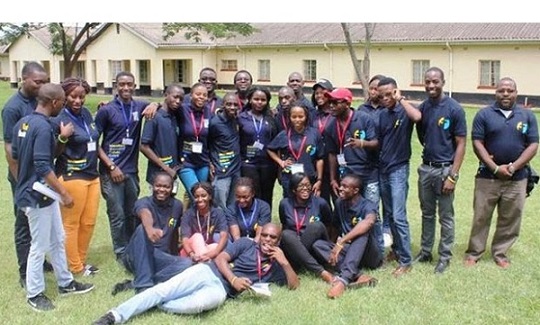 Catholic students of the National Movement of Catholic Students in Zimbabwe have challenged other young people and society, in general, to adopt healthy lifestyles and shun consumerism.

Addressing delegates at the Southern Africa Summit in Chinhoyi, the International Movement of Catholic Students (IMCS) Pax Romana President, Edouard Pihewa Karoue challenged young people to lead unique and healthy lives for themselves and the environment.

Karoue, who is from Togo, exhorted youths to be ingenious in solving problems in the wake of total dissatisfaction and insecurity.

“When the heart is empty, one buys things to keep them and consume. It’s usually people who don’t have joy who keep buying things even when they don’t need them, and the ‘throwaway culture’ exacerbates the ecological crisis,” he said.

He urged youths to realise that there is no perfect way to live but that  they must strive to adopt healthy lifestyles and avoid participating in ‘collective selfishness’ which is caused by consumeristic cultures.

Pope Francis, in his 2015 document on the environment (Laudato Sì: On care of our common home) wrote that “when people become self-centred and self-enclosed, their greed increases. The emptier a person’s heart is, the more he or she needs things to buy, own and consume. It becomes almost impossible to accept the limits imposed by reality. In this horizon, a genuine sense of the common good also disappears.”

More than thirty-five young delegates attending the IMCS Pax Romana Sub-regional summit in Chinhoyi, Zimbabwe discussed how young people’s involvement in the promotion of environmental care could change the face of Africa and create safer and cleaner societies foryoung people.

The students’ Summit themed ‘The renewal of the African continent is in our hands’ held recently was attended by delegates from South Africa, Botswana, Zambia, Malawi, Lesotho and the hosts, Zimbabwe.

Zimbabwe’s Catholic students President, Tinotenda Wakabikwa (University of Zimbabwe) said the summit would benefit not only Catholic students but the entire students as the proceedings motivated students to work for a better and renewed Africa.

He encouraged student-leaders to engage national leaders on issues that affect students and to promote dialogue towards a healthier society.