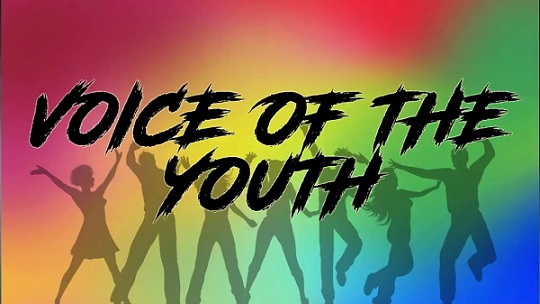 Danielle Hoffmeester and Jodi Williams, both work for the Institute for Justice and Reconciliation in Cape Town. They recently returned from doing a workshop in a small semi-rural town that’s experiencing high levels of gendered violence. They say that they felt compelled to share their experience and reflections. They capture some of the complexity and challenge of dealing with this scourge in our society.

“How did you make sense of Bertha’s* death?”

Immediately the atmosphere dropped, and we were knee-deep in a few moments of palpable tension.

“How does one make sense of it? It’s not normal.”

We were seated with approximately 30 young people from the Overberg region of the Western Cape. We asked them to interrogate and reflect on the gendered nature of violence and power within their respective spaces. The workshop itself took place in a small semi-rural town whose name (omitted for the protection of participants) immediately conjures up instances of gender-based violence (GBV). A short distance from where we were situated stood the open field where Bertha Jansen’s* body was found – a simultaneously apt and unnerving space to host a dialogue aimed at exploring the links between gender and violence.

Throughout our conversation with participants we remained hopeful of the change that young people could and would activate within their communities, yet we were simultaneously concerned by the deeply problematic beliefs and ideas held by a few who were unwittingly upholding the violent status quo.

During the discussions on GBV, there were times when victims of violence were blamed for the abuse inflicted on their bodies. A few older participants’ remarks centred on survivors’ whereabouts, their circle of friends, and parents’ influence and/or incompetence. These ultimately serve to relocate responsibility from the perpetrators of violence to the victims. It is this mentality that sustains rape culture and further inhibits us from collectively and impactfully acting against violence, or re-engineering our society into one that is just and inclusive.

Nationally, the discourse about and for social change and justice is dominated by the voices of those who hold social, economic and/or political power, and it is a power that is often acquired because of age. Throughout the day’s conversation about GBV in the town and its surrounding areas, older cishet men’s voices dominated perceptions of gender, violence and the impact these have on the lives of those living in the community. Interestingly, although older participants were fewer in number, they dominated much of the conversation. The opinions they held sequentially set the tone for how younger people would engage the issues which were tabled. Older men, in particular, held strong views on gendered violence and voiced their ideas to the room with every opportunity.  Younger men, in contrast, were more reserved.

While we recognise that it is imperative for cishet men to be part of conversations about gender and violence, and actively mobilise against GBV, it is also imperative that conversations about this do not centralise the ideas and experiences of these men. Men are victims of GBV, and the impact it has on them – their psyche, emotional state and physical being – requires deep interrogation and collective action. However, we must guard against the inclination of those who seek to weaponise the abuse of men to discredit, derail or confute dialogues about GBV and its effects on womxn, femmes and non-binary people. Too frequently, men who want to voice their gender story will confidently accuse womxn of being master abusers, yet grudgingly confront their own toxic enactment of masculinity or of the patriarchal structures that sanction it. It is possible for us to have a holistic conversation that engages all the nuances and intersections of gender and violence without reinforcing toxic attitudes or practices.

So who should take up more space? Simply put, we need to centre and actively listen to the voices of the most marginalised and ignored members of our society. We must listen to the stories of the LGBTQIA+ community and how GBV affects them. We must listen to the Trans community and understand how transphobic violence has impacted them. We must include the narrative of sex workers and listen to the kinds of injustices they are subjected to. In addition, and overarching all the above, we need to focus on the voices of youth who are part of these oppressed communities. For a change, we must surface and reflect on their experiences during our conversations.

Throughout our time in the town, we observed a generational disjuncture between younger and older people in how they understand gender, violence and the multi-layered power dynamics at play between the two. During the workshop, younger men and older men held divergent interpretations of violence and engaged the issues differently; older men unconsciously preserved the patriarchal script whereas younger men appeared more open to engineering a new one. This is not a foolhardy attempt to absolve younger men from their own complicity in perpetuating violence but serves as an opportunity to reflect, understand and bridge those intergenerational gaps that inhibit us from dismantling oppressive and violent practices, not just in the town, but also across South Africa and the rest of the world. If we do not seize the opportunities presented to us during workshops like the above, we risk shallow and unsuccessful digs at tackling GBV. Moreover, we also risk leaving young men to replicate flawed mentors and perpetuate potentially toxic gender norms.

Intergenerational and intersectoral conversations and action are needed to address GBV in South Africa. And this is long overdue. Conversations about GBV are taking place between young people at ground level and it is imperative that society begins to listen to our voices. Young people continue to offer fresh insight and creative solutions to some of society’s deepest-rooted problems. The information age has influenced the way that we, as young people, see ourselves and relate to others. The easier flow of knowledge and ideas has made us more open and capable of engineering a new social script that centres on the community rather than the self. This era has introduced us to new ways of being and acting that foster a deep empathy and a new consciousness. There is much to learn from us. So listen.

Danielle Hoffmeester and Jodi Williams are both project officers at the Institute for Justice and Reconciliation (IJR).