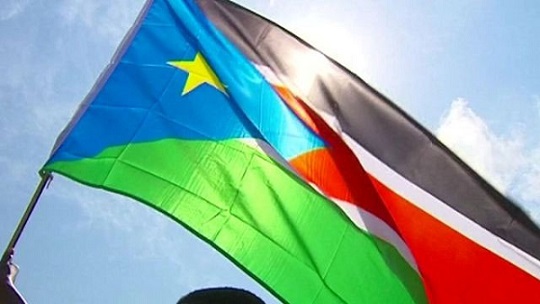 Bishop Santo Loku Pio Doggale is not a man to mince words and he didn’t mince words earlier this year when he discussed South Sudan’s descent into a worsening, seemingly never-ending civil war.

“The government is the orchestrator of the war, and the people are suffering as a result,” he told NCR from his office in the capital of Juba in late May, citing numerous examples of the afflictions South Sudanese are experiencing: rape, looting and displacement.

“They are being brutally mistreated,” the auxiliary bishop of the capital of Juba said of those who are the victims of violence — victims who have, at the moment, “no resource to justice. It’s a big mess.”

He acknowledges that his critics — in the government and even some, privately, within the church — wonder if his criticisms are fair, smart or wise.

But Doggale brushes aside those criticisms, saying, “I’m not afraid.”

“My life doesn’t matter. I’ve suffered, too. I’ve lost members of my family. But when brutality is the order of the day, someone has to speak up, especially when you see that the flock is living in fear. This makes me angry.”

Doggale’s outspoken stance represents one wing of the church — a faction that believes that the church needs to be firm in its prophetic stance not only for the larger cause of peace in South Sudan but also in calling out the current government for policies and actions some believe are the cause of the current war.

But in a predominately impoverished, Christian nation where the church has an outsized role in providing education, social services and even basic necessities like food, the church’s place in society also has a practical side.

“The Catholic Church has a strong, strong footprint here,” said Fr. Pau Vidal, a Jesuit priest and a project director for Jesuit Refugee Service in the northern city of Maban. Another humanitarian agrees. “The churches have credibility here in South Sudan,” said Jerry Farrell, the country representative in South Sudan for Catholic Relief Services. “In fact, they’re the only institutions that do have credibility, as they touch on so many parts of life: spirituality, health care, housing, education, food.”

Financial figures about the church’s role are hard to come by, but Catholic Relief Services alone has provided assistance of some sort to more than 1 million South Sudanese, the agency said, and works in partnership with local dioceses, parishes and religious congregations of both women and men.