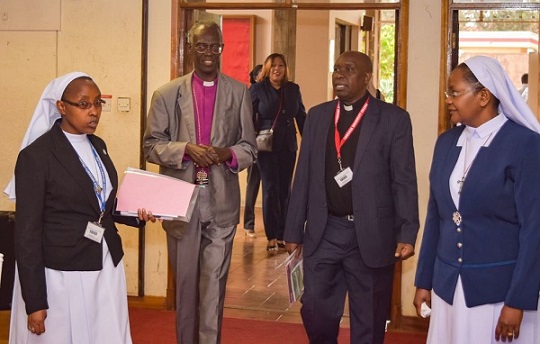 The Ethics and Anti-Corruption Commission (EACC) of Kenya wishes to collaborate with The Leaders Guild (TLG) of Tangaza University, a constituent College of the Catholic University of Eastern Africa (CUEA).

The aspiration for collaboration was stated by the Chairman of EACC, retired Archbishop Eliud Wabukala last Friday, July 14, when he was presiding over the opening of TLG’s second conference under the theme, Leading change: The challenge.

“We are encouraged by initiatives such as this which seek to impact people at various leadership levels in our society, and we look forward to collaborate in future,” EACC Chairman told the over two hundred participants who turned up for the second TLG conference at Tangaza University College in Nairobi.

EACC Chairman enumerated his Commission’s responsibilities, among them, investigating corruption and economic crimes, the recovery of assets obtained through corrupt processes, preventing corruption through systems reviews and advisories, creating public awareness about corruption and most importantly, promoting ethics and integrity in Kenya.

The retired Archbishop of the Anglican Church of Kenya (ACK) emphasized the value of collaborative efforts in fighting the menace of corruption and faulted those who think that “is the sole responsibility of the EACC, particularly the Chairman to fight corruption in this Country.”

“From a more realistic perspective, every person has full responsibility to guard his moral behaviour and promote ethical values,” the retired Anglican Prelate said, adding, “It is against this backdrop that we appeal to the hearts and minds of every individual to join hands with us and together we restore the glory of this our beloved nation.” 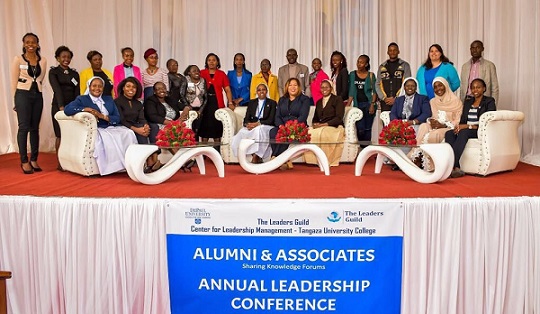 “So far, we have sought and obtained partnerships with various stakeholders including the Faith Based Organizations, the Civil Society and the private sector,” the EACC Chair said.

He lamented the menace of corruption in Kenya, describing it as being “deeply entrenched in our society.”

Corruption, in his considered view, “has gained credibility to the point that those who engage in corrupt deals are now famous and accorded high status in society instead of being condemned and castigated.”

“Some are elected to various political posts in the country and others are appointed to high offices in government,” the Archbishop decried, adding, “Others are even celebrated leaders in our places of worship. Worse still, is the fact that those who engage in this vice may not even be aware that it is wrong.”

Speaking to the theme of TLG’s conference within the context of Kenya’s general elections due in just three weeks, EACC Chairman said, “The word change has become a common term especially during this campaign season with each political aspirant wanting the voters to believe that he (or she) can bring the change that is so desired in our society today.”

“Finally, I would like to challenge you to be ambassadors of peace during this period of campaign in the run up to the August 2017 General elections to ensure that Kenyans hold peaceful and ethical elections and also elect leaders of integrity.”

Meanwhile, Ms. Shamsia Ramadhan who works as a peace-builder and peace practitioner urged the participants to become sources of inspiration and encouragement if they want to make and lead change.

“As a leader, before you change the world, you need to change yourself and believe in yourself,” Ms. Shamsia said and cautioned, “While preparing yourself to be leaders and influencers, it is important not to confuse leadership with high positions and titles.”

She emphasized the need to cultivate the virtue of teamwork and quoted Mother Teresa as having said, “You can do what I cannot do. I can do what you cannot do. Together we can do great things.” 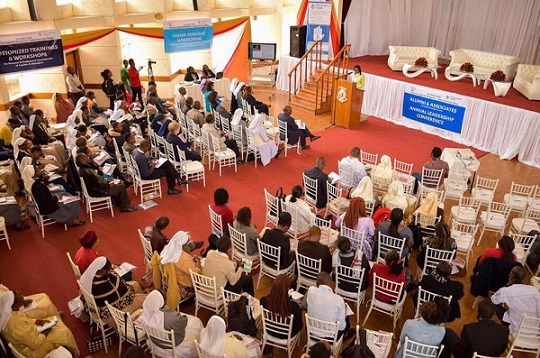 Sr. Agnes-Lucy Lando, an Associate Professor at Nairobi’s Daystar University who spoke about intrapersonal communication as an effective tool for leading change encouraged the participants to discern what adds value to their overall mission, urging them to embrace perseverance, patience, dedication, self-reflection and self-awareness as well as humility

“As we lead change, we need to prepare others to take over from us so that we don’t leave a gap and have a leadership crisis when we are not there,” Sr. Lando said, describing change as a challenge and oftentimes a painful process.

On his part, Dr. Luis Franceschi, Dean of Strathmore University’s School of Law and Board Member of Transparency International-Kenya outlined values and virtues proper to leadership, among them, prudence that is about making right decisions, courage that involves staying on course and resisting pressure, self-control, which has to do with subordinating passions to the profit and fulfilment of the mission at hand, loyalty, sincerity and justice, which is being fair to all and having a big heart like Nelson Mandela.

He further appealed for competence and piety and also advocated for humility, giving the example Mwalimu Julius Nyerere of Tanzania.

TLG’s activities are in line with the Sustainable Development Goals (SDGs), with emphasis on goal 16: peace, justice and strong institutions, which is “dedicated to the promotion of peaceful and inclusive societies for sustainable development, the provision of access to justice for all, and building effective, accountable institutions at all levels.”

Sr. Margaret Mutiso of the Daughters of the Sacred Heart is the current TLG Coordinator. The next conference has been slated for September 2018 under the theme Authentic Leadership.

Catherine Muteithia contributed to this story.