Priest’s Murder Cause Fear for Clergy’s Safety in Congo 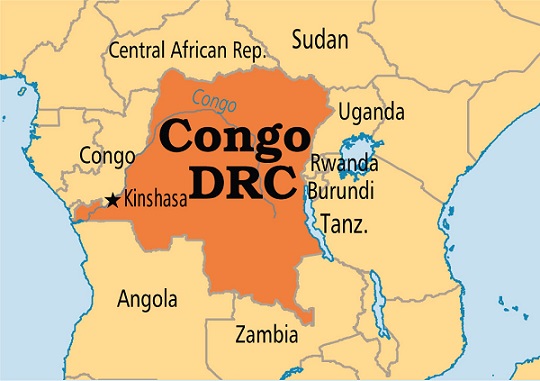 Priest’s Murder Cause Fear for Clergy’s Safety in Congo

A murder of a priest in the Democratic Republic of the Congo is raising tensions between the government and the Catholic Church, which has led efforts to get President Joseph Kabila not to seek another term as president of the central African country.

On March 2, the body of a Catholic priest, Josephite Father Florent Mbulanthie Tulantshiedi was found on a boat on the banks of the Kasai River, near the village of Biyenge in the center-west of the country.

According to L’Observatoire de la Christianophobie, the priest was probably strangled to death.

Tulantshiedi went missing a few days before he was discovered, and this was reported by seminarians at the school at which he was teaching.

“That Friday, we were notified that a body had been discovered on the banks of River Kasai. It was mutilated. You couldn’t recognize him. When I was given his belongings – the clothes he wore; the sandals he was putting on; the trousers, the rosary on the neck, his wristwatch – I said it’s him, bring him,” said Josephite Father Georges Minga.

There have been no suspects identified in the case, and the police do not know what motive his killer or killers might have had.

However, the mysterious death of the 46-year-old priest has reignited fears of state reprisals against the Catholic Church after its role in the protests calling on Kabila to leave office, although others point out clergy have also been the target of the many different armed militias active in the country.

According to Il Sismografo – a Rome-based website following international Church issues – the following Church workers were killed in 2017 in the Democratic Republic of the Congo: Father Vincent Machozi, March 20; an accountant of Caritas Basankusu, August 11; and Father Joseph Mulimbi Nguli, October 21.

Catholic lay organizations – often with clerical support – have been leading protests against the government since a 2016 Church-organized accord between the government and opposition collapsed in 2017.

Kabila has been in office for over 15 years, taking over from his father, Laurent-Desire Kabila, who was assassinated in 2001. In 2006, an election confirmed him in his post. He was re-elected for a second mandate in 2011.

After Kabila’s failure to step down after the end of his second term in December 2016, as mandated by the constitution, protests left dozens of people dead.

An agreement overseen by the Catholic hierarchy called for power sharing between Kabila’s party and opposition parties in the buildup to a presidential election at the end of December 2017, in which Kabila would not be a candidate.

The elections never took place, and Kabila continues in office.

In the absence of any credible opposition and a free press, the Catholic Church is emerging as the only credible voice that can speak up for the people of the Congo in the face of Kabila’s regime.

Catholics make up nearly half of Congo’s 80 million people, and the nation’s bishops are held in high esteem.

On Dec. 31, 2017, 8 people were killed, and 120 others arrested in lay Catholic-organized protests calling on the president to step down. Several more were killed during protests on Jan 21 and Feb. 25.

According to Aid to the Church in Need – which gives help to persecuted Churches around the world – Catholic clergy have now become targets for attacks.

Church leaders have accused security forces of carrying out attacks on 134 churches and chapels in 2018, with soldiers even accused of firing live ammunition at people leaving Mass on Jan. 1.

The Archbishop of Kinshasa, Cardinal Laurent Monsengwo, has said the Church was being attacked to undermine its mission of peace and reconciliation.

“We call on all of us to show wisdom, restraint and democratic spirit,” said Monsengwo. “Poverty is only increasing and we must guarantee fundamental freedoms and human dignity.”

The Church in the Congo operates much of the educational, medical, and social welfare infrastructure in the country, which has been plagued by conflicts for decades.

Nearly 6 million people were killed in a 1997-2003 civil war which drew in armies from several surrounding nations battling over the country’s vast mineral resources.

The central government has only tenuous control over the nation’s outlying regions, which are plagued by battling militias.

According to the United Nations, due to violence that has been carried out by armed groups in the Congo in the latter part of 2017, there has been a spike in the number of the displaced, to more than 4.5 million people.