First Black Priest in US Moves Closer to Sainthood 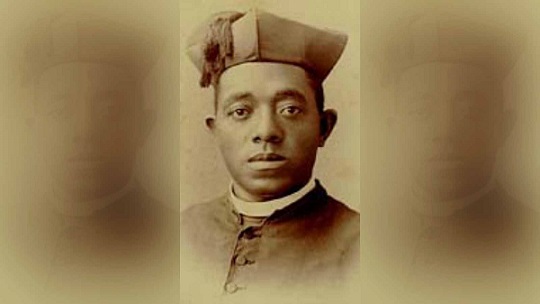 First Black Priest in US Moves Closer to Sainthood

A priest and former slave who served in Chicago and western Illinois in the late 1800s is a step closer to becoming a saint as his body is being exhumed and subject to scientific examination as part of the sainthood review process.

A priest and former slave who served in Chicago and western Illinois in the late 1800s is a step closer to becoming a saint.

Father Augustus Tolton was the first Catholic priest in the U.S. publicly known to be black in 1886. Born a slave in Missouri, his family eventually reached the free state of Illinois.

When he wished to pursue studies for the priesthood, Tolton was rejected by every American seminary to which he applied and eventually enrolled in Rome’s Pontifical Urban University.

Expecting to be sent to an African mission, Tolton returned to the Chicago area to serve the area’s African-American population. He died in 1897, amid an infamous Chicago heat wave.

WGEM-TV reports his remains were exhumed from St. Peter’s Cemetery in Quincy on Saturday. They will be examined for historical verification purposes.

Bishop Thomas John Paprocki of the Springfield Diocese was at the cemetery Saturday. He says having someone from the local area become a saint and show others how to be Christian is “a great thing.”

The late Cardinal Francis George of Chicago submitted Tolton as a candidate for sainthood in 2010. A formal report documenting his life, known as a “postitio,” was submitted to the Vatican in 2014, and is awaiting a ruling from the Congregation for the Causes of Saints.