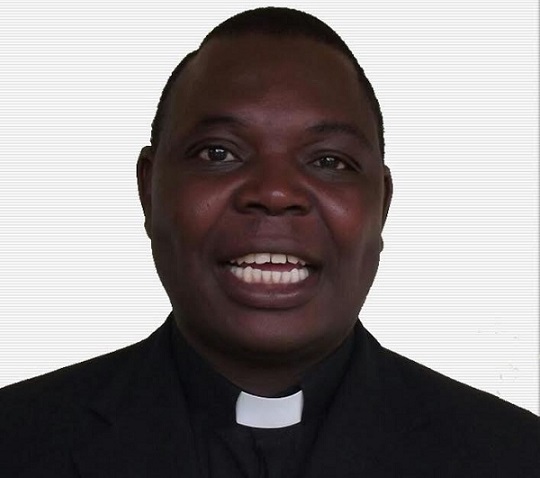 Zimbabwe’s Bishop-elect of Gokwe Diocese, Rudolf Nyandoro, has appealed for team spirit in the diocese.

Pope Francis on 28 January 2017 appointed Monsignor Rudolf Nyandoro as the new Bishop of Gokwe Diocese in Zimbabwe. Monsignor Nyandoro takes over from Bishop Angel Floro who resigned from the pastoral care of the Diocese of Gokwe after reaching retirement age. A press release issued from Zimbabwe’s Apostolic Nunciature in Harare announced Monsignor Nyandoro’s appointment.

“Today, 28 January 2017, His Holiness Pope Francis has accepted the resignation from the pastoral care of the Diocese of Gokwe presented by Right Reverend Bishop Angel  M.  Floro (according to can.401.1 of CIC). At the same time, the Holy Father appointed Rev. Fr. Rudolf Nyandoro, Chancellor of the Diocese of Masvingo, as the new Bishop of Gokwe,” read the press statement.

In an interview with Zimbabwe’s ‘Catholic Church News,’ the Bishop-elect who was until his appointment a lecturer at Bondolfi Teachers’ College said he never dreamt that one day he would be raised to the office of Bishop.

“When I received the news, I was deeply disturbed, shocked and I couldn’t believe my ears. It is something that I never expected in my life. I was contented as a lecturer and with my pastoral duties,” said Monsignor Nyandoro.

Monsignor Nyandoro implored God’s grace to lead him in his new ministry as the Shepherd of Gokwe Diocese and called upon the people of the diocese to work together with him. He said the Church is one and just as he worked in Masvingo as a priest, he was ready to work in Gokwe as a Bishop so that God’s will would be done. He highlighted the importance of team spirit in carrying the diocese forward as well as in dealing with challenges that come “our way”.

Bishop-elect Nyandoro said: “The Church is one and we expect to work together with the priests, religious and the laity. Challenges will always be there, but if we work as a team, we will overcome them.”

The Bishop-elect is equally confident that his predecessor will help him find his way in the diocese. He is optimistic that resources abound in Gokwe with human capital as the best resource.

Monsignor Nyandoro said he will fit into existing plans of the diocese and would not rush to implement new changes but complete what has been put in place by his predecessor.

‘I haven’t planned anything except that I ask people to be with me in prayer. The diocese is not new, and there are plans already in place. We will continue with those plans until they are completed,” Monsignor Nyandoro said.

In a word to the priests, he encouraged them to be loyal to their Bishops, to be prayerful and to do their pastoral work to the best of their ability. To the faithful, he said: “The world is ever changing with technology facilitating many changes, and people need to pray so that the devil cannot outwit their faith through technological advancement but use technology to promote the growth of the Church.

The 49-year-old bishop-elect was born on 11 October 1968 to Justin and Epiphania Nyandoro in Gutu under Masvingo Province. He did his primary education at Dambara Primary School after which he proceeded to Chikwingwizha Minor Seminary for secondary education. In 1990, Monsignor Nyandoro joined the major seminary starting in Chimanimani and completed his theological studies at Chishawasha Major Seminary before his ordination in 1998 by the late Bishop Francis Mugadzi.

After his ordination, he worked at Mukaro Mission. When the Diocese of Masvingo was created in 1999, Monsignor Nyandoro was assigned to Sts. Peter and Paul Cathedral in Masvingo between 2000 and 2006. Between 2006 and May 2009 he served as the Rector of St. Kizito Minor Seminary at Mukaro Mission before he moved to be Rector of Bondolfi Teachers College until 2016. He succeeds Bishop Floro who has been at the helm of the diocese for 17 years.

Bishop-elect Nyandoro will be ordained Bishop in Gokwe at a date to be announced.