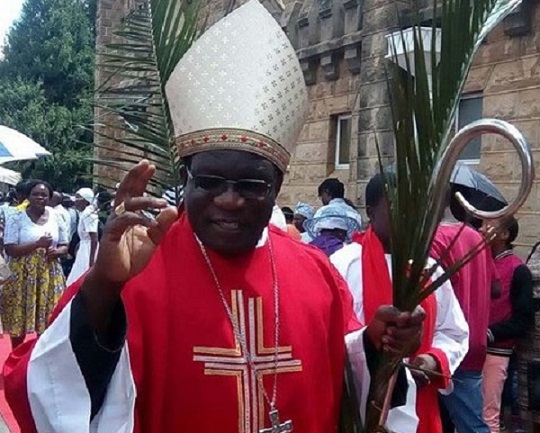 As Zimbabwe approaches general elections scheduled for 2018, the Archbishop of Harare, Robert Ndlovu has challenged Catholics to be active in politics and to bring the mind of Christ to the process.

Recently addressing congregants at St Canisius Parish, Marlborough in Harare during his pastoral visit, the prelate said Catholics should set precedence in being peace ambassadors and avoid all shameful acts.

“As Christians we shouldn’t be seen, talking or conducting acts that put the Church or the name of God into disrepute,” he said.

He said Christians, led by the Holy Spirit, should promote the act of love on the political scene since Christians sit together and eat from the same plate.

Archbishop Ndlovu encouraged parishioners that being active in politics is everyone’s right and duty. He went on to say that lay Catholics can actively participate in politics.

“If it is about being active in politics, get into it. I encourage you, be part of politics. That is your role … it is your duty. It is your right.” The Archbishop added, “But when you choose to be in it, don’t lose your saltiness as a Christian, don’t lose your light. Bring the mind of Christ and take your Christian values with you.”

The Archbishop, who is also a signatory to the recent Zimbabwe Catholic Bishop’s Conference (ZCBC) Pastoral Letter on elections, spurned political violence and equated Christians who condone it to people who supported the crucifixion of Christ.

Archbishop Ndlovu emphasised: “Your vote is your vote, take your pen and make your choice but don’t make noise as Christians, be the peacemakers.”

Recently, about ten Christian organisations including the Zimbabwe Council of Churches and the Catholic Commission for Justice and Peace convened in Harare to launch a Christian vote campaign. The campaign shuns political violence during elections.