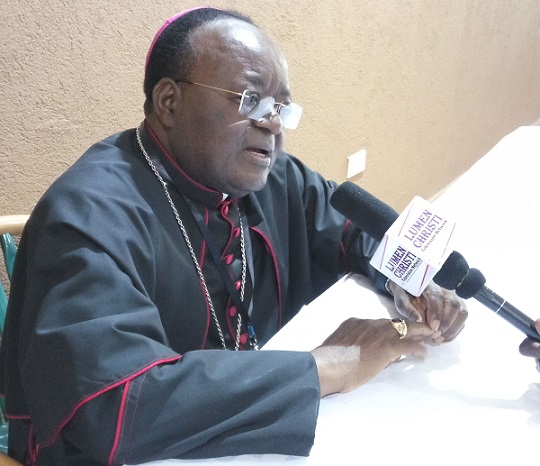 The Catholic Church in the East African country of Uganda is happy and proud to be part of the history of the existence of the Symposium of Episcopal Conferences of Africa and Madagascar (SECAM), which will be 50 years old in July 2019.

This was confirmed by Archbishop Cyprian Kizito Lwanga of Kampala, Uganda on Friday, July 27 at the start of a workshop on the celebrating SECAM Golden Jubilee.

Church leaders representing regional conferences of Catholic Bishops in Africa are gathering in Uganda’s capital Kampala in view of launching a yearlong celebration of SECAM’s 50-year existence on Sunday, July 29.

As the host of the function of the launch of SECAM golden jubilee, speaking on behalf of the Catholic Bishops in Uganda, Archbishop Lwanga said, “I wish to welcome all members present. Thank you for coming; thank you for remembering Uganda. We feel happy and proud because we are part of the history of SECAM, since in 1969, when Pope Paul VI came over for the very first ever papal visit to Africa, he launched SECAM.”

“As we celebrate, we remember God’s goodness to us, beginning with the missionaries who evangelized us; we remember all people who have involved themselves in one way or another,” Archbishop Lwanga told CANAA in an interview on Friday, July 27 at the Speke Resort Munyonyo, Kampala, the venue of the workshop.

The Shepherd of Kampala said that SECAM’s Jubilee celebration will include remembering the different groups of people who have contributed to the progress of the Church in Africa.

“Let us not just focus on Bishops,” Archbishop Lwanga said, explaining, “Let us remember catechists, teachers, families, all the lay people who have been very instrumental, as well as the religious; we also need to remember the youth, the children, who are part of us, and are making sure that the future is bright.”

He called for a spirit of renewal during the yearlong celebration of the Church in Africa saying, “Whenever we celebrate jubilee, there is also the element of renewal. In this case, let us evaluate, whatever has been going well, we strengthen it; whatever has not been going well, we renew ourselves, and find better ways, new ways of proceeding with a new evangelization.”

During the interview with CANAA, the Archbishop also spoke about the need on the part of the Church leaders in Africa to provide visibility to SECAM at the various levels of the Church saying.

Referring specifically to the Bishops in Africa who are all members of SECAM, the Archbishop said, “We have the duty to disseminate information, because there is much that is being done that the people of God don’t know, and I think the blame is ours.”

“Africa has its own positive things, and one of them is the Catholic Church,” Archbishop Lwanga said and added, “If you consider the amount of work the Church has done, both spiritually and otherwise, it is immense – the schools, the hospitals, the parishes, all have contributed to the fundamental changes of people.”

So, let us feel proud of our Church; let us strengthen what has been started, and then pray God almighty blesses our work, so that eventually we get his life in its fulness.

“I pray to God almighty that He continues to bless us, that He blesses our continent,” Archbishop Lwanga concluded.