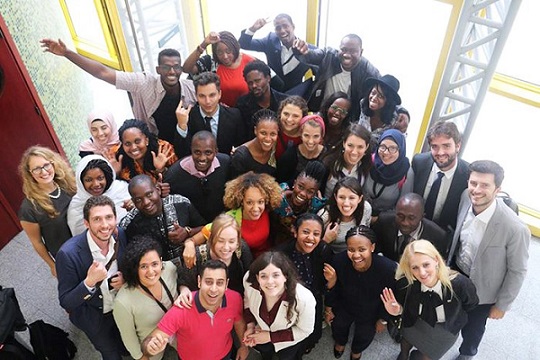 The joint statement is titled “Africa and Europe shall work as one for the youth of our continents”.

The African and European Church leaders have expressed their resolve “to make their voices to be heard together and jointly” taking advantage of the summit that will be presenting “the political leaders of both continents with the unique opportunity to initiate an authentic mutual partnership.”

“The official date for the joint dissemination of the said statement was set for the 8th of November, 2017,” SECAM Secretary General, Father Joseph Komakoma told CANAA Monday, November 13, making reference to an earlier publication of the same statement.

Only one word, “radical” was dropped from the phrase “…threats of radical religious and political extremism,” Father Komakoma clarified to CANAA.

The two-day fifth AU-EU summit has been scheduled later this month from 28 – 29 November 2017 in Abidjan, Ivory Coast.

The choice to focus on the youth could be in the light of the planned 15th Ordinary General Assembly Synod of Bishops slated for October 2018 whose theme will be, “Youth, faith and vocational discernment,” a theme described as “an expression of the pastoral care of the Church for the young.”

“Africa and Europe share common roots, which originate in the earliest days of human history,” the Bishops state and also address the geographical connectedness between the two continents, how Africa and Europe “are destined for a common future” and the fact that “Africa and Europe are united in prayer.”

Click HERE for the full text of the joint statement.