As ‘African moment’ Dawns in Global Catholicism, Kenya is Key 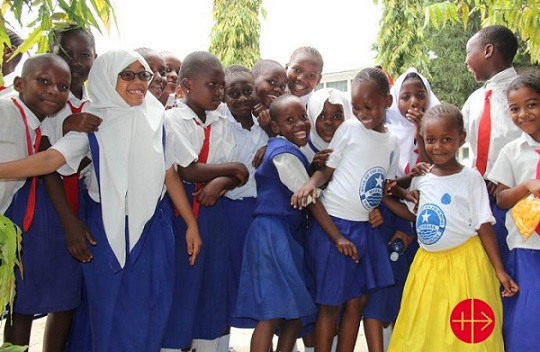 As ‘African moment’ Dawns in Global Catholicism, Kenya is Key

In many ways, Kenya is one of Africa’s success stories. It’s the largest economy in east and central Africa despite widespread poverty, it’s home to many of the continent’s premier universities, it has the fourth-highest literacy rate in Africa, and it’s where many Western companies looking to do business in Africa choose to settle because of its developed infrastructure.

In one small but telling signal, Kenya leads the pack in Africa in mobile phone use, with 71 subscriptions for every 100 citizens.

Yet, again like much of Africa, Kenya’s success often seems fragile. At the moment, the country seems poised on the brink of a replay of 2007, when a disputed presidential election triggered widespread violence rooted in ethnic rivalries that left 1,300 people dead. This fall, another election cycle featured charges of heavy-handed police tactics, said by critics to have used excessive force to break up protests and carry out house-to-house operations in opposition strongholds in Nairobi and western Kenya. At least 12 people were killed in the western counties of Kisumu and Siaya alone, and another 33 in Nairobi.

Today, incumbent Uhuru Kenyatta has been officially inaugurated as the country’s leader, once again under dubious circumstances, and the opposition is threatening to swear in their own man, Raila Odinga, as a rival “People’s President” on December 12, Kenya’s independence day. No one seems to know quite where the stand-off may go, but few think it will lead anywhere good. Meanwhile, charges of corruption, vote-buying, and stoking ethnic animosities for political gain are being traded by all sides.

Kenya’s also facing a significant refugee situation, with the UN High Commissioner for Refugees reporting that a half-million people are registered as refugees, though many observers believe the real number is higher. Roughly 60 percent are from neighboring Somalia, driven from their homes by poverty, famine, and the menace of the al-Shabaab Islamic militant group, which is allied with Al-Qaeda. Incursions by al-Shabaab into Kenya create not just a humanitarian challenge but a security one.

Tribal rivalries also perpetually threaten to upset Kenya’s stability. The country is a patchwork of at least 42 ethnic groups, and traditionally Kenyans like to say that diversity is a source of national strength. Yet under the right conditions, especially when political tension is in the air, those differences can also turn deadly, as members of one tribe suspect another of stacking the deck against them.

In a sense, therefore, Kenya is the continent in miniature, a microcosm of both progress and the forces constantly threatening to upend that progress, which form so much of the African story.

What can be said of Kenya generally also applies to the Catholic Church in the nation of some 50 million people, where 70 percent of the population is Christian, with Protestants and Anglicans representing 40 percent and Catholics 30 percent. There are also strong pockets of traditional animist believers, and a growing Muslim presence in the country’s coastal area to the east.

Because of Kenya’s overall importance to Africa, the Church in the country also plays a key role in Catholic affairs across the continent.

Crux’s Inés San Martín and I will be in Kenya this week to take the temperature of the local church, in reporting made possible by a grant from “Aid to the Church in Need,” a global papal foundation supporting the suffering and persecuted church worldwide.

Kenyan Christians certainly suffer from more than their fair share of conventional anti-Christian persecution. In the heavily Muslim areas of the country, attacks on Christians by militants linked to al-Shabaab are becoming more frequent and brazen.

In September, for instance, a group of around 30 heavily armed men in military gear, suspected to be al-Shabaab militants, killed three Christian men in Bobo village in northeastern Kenya, near the border with Somalia. According to witnesses, the assailants were armed with AK-47 rifles and surrounded homes in the village on September 6. They called out the names of non-Muslim men, ordering them to show their ID cards to confirm they were Christians before beheading them.

Christians in the eastern part of Kenya are still reeling from the notorious Garissa University massacre in 2015, when al-Shabaab stormed the campus separating Muslim and Christian students, leaving 148 Christians dead and 79 more people injured. It was the second deadliest attack in Kenyan history, behind only the 1998 U.S. embassy bombings.

The Archdiocese of Mombasa has launched several initiatives to try to address the situation, including a local radio service intended to foster “interreligious dialogue, peacebuilding, and community education towards sustainable peace and development.” Further complicating those efforts is the fact that many Kenyan Muslims are ethnically Somali, so there’s not just a religious gap to bridge, but also a cultural one.

San Martín and I will be in Mombasa, the hub of Kenya’s eastern region, trying to ascertain where things stand now in terms of keeping Christians safe, and the broader project of fostering healthy Muslim/Christian relations.

Yet under the heading of Kenya as Africa in miniature, overt anti-Christian hatred and violence are hardly the only challenges facing the country’s Catholic community.

The country’s northwest, for instance, remains undeveloped in many parts, occupied by pastoral nomads who measure wealth in terms of the number of cattle owned, and whose lifestyles have been largely untouched by Western-style development.

Despite significant deposits of natural resources, such as oil, gold and groundwater, the region is still the most impoverished in the country. Even in Lodwar, the regional capital and an emerging commercial hub, only about 35 percent of the city’s population has access to electricity in their homes.

The area is dominated by the Turkana people, among whom the hold of traditional religion remains strong. The challenge for Catholicism there isn’t so much explicit opposition to the faith but complete ignorance of it – meaning the task is what’s technically called “primary evangelization,” meaning bringing the message of the faith to people who’ve never heard it before.

In response, Aid to the Church in Need is underwriting a series of projects, including vocations training, retreats, building churches, convents and formation houses – even, creatively, buying motorcycles for catechists to reach remotely located communities. In this case, the aim isn’t so much to help a persecuted church rebuild, but rather to help a young church get its legs under it if, and when, persecution ever comes.

Make no mistake: However remote from American experience those situations may sound, more and more, Africa’s stories are ours too. Africa is by far the zone of Catholicism’s greatest growth today, expanding by some 7,000 percent in the 20th century and continuing in the 21st. There’s a youthfulness and passion about African Catholicism that’s palpable to anyone who experiences it, and the leadership class of the African church is convinced that its time to lead has arrived.

As a result, there’s a dawning “African moment” in global Catholicism, in which the future of the Church isn’t being worked out exclusively anymore in Rome, Paris or New York, but also in places such as Mombasa and Lodwar.

As goes Kenya, in other words, it’s not just so goes Africa – it’s also so goes the Catholic Church.