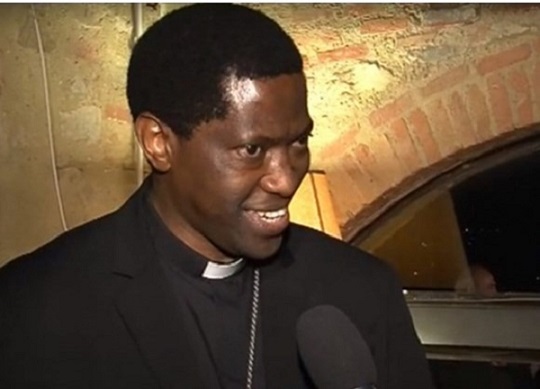 Pope Francis Thursday afternoon, appointed Archbishop Protase Rugambwa as the new Secretary of the Congregation for the Evangelization of Peoples.

Archbishop Rugambwa was until now, the Adjunct Secretary of the same Congregation for the Evangelization of Peoples and President of the Pontifical Mission Societies (PMS).

He is the Archbishop Emeritus of Kigoma in Tanzania.

The newly appointed Secretary was born on 31 May 1960 at Bunena, in the Tanzanian Archdiocese of Bukoba. After his primary and secondary school education in Katoke, Itaga, he joined Kibosho Senior Seminary and St. Charles Lwanga Segerea Senior Seminary for philosophy and theological studies respectively.

He was ordained priest on 2 September 1990 in Dar-es-Salaam, by Blessed Pope John Paul II during the Apostolic visit to Tanzania.

After ordination, Archbishop Rugambwa served as parochial vicar between 1990-1991 in the parish of Mabira; teacher at the Minor Seminary of Katoke between 1991-1994. He was also Chaplain of Biharamulo hospital.

Between 1994-1998 he studied Pastoral Theology at the Pontifical Lateran University in Rome, after which he was awarded a doctoral degree.

Upon return to his home diocese, he served as vocations director and eventually as Vicar General of Rulenge Diocese.

Announcing the appointment of Archbishop Rugambwa, the Holy Father also elevated the Italian, Rev. Monsignor Giovanni Pietro Dal Toso as Archbishop and new Adjunct Secretary of the same Congregation. He will also serve as President of the Pontifical Mission Societies (PMS).

The new Adjunct Secretary previously served as Secretary of the Pontifical Council “Cor Unum” until the dissolution of the Council early this year.