Zimbabwe’s Catholic Choirs Battle It Out in Honor of St. Cecilia 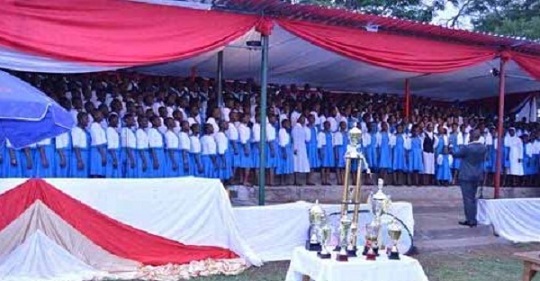 Zimbabwe’s Catholic Choirs Battle It Out in Honor of St. Cecilia

Catholic choirs in Zimbabwe thronged Chinhoyi show grounds in Mashonaland West Province last weekend to battle it out in honor of St. Cecilia, the patron saint of musicians.

The Saturday, November 26 event attracted some 57 Catholic choirs including one of Zimbabweans based in South Africa.

Organized by the Zimbabwe Catholic Association for Sacred Music (ZICASAM) and hosted by Chinhoyi diocese, the lively event gave different choirs from the country’s eight dioceses an opportunity to showcase their musical talent.

The competitions that are held annually have become a platform for Catholic Christians to share their faith, to make new friends and express their unity in diversity.

Priests and religious also participated in the competitions with their respective choirs. The set piece was “Hlala Lathi Nkosi,” a Ndebele hymn meaning stay with us Lord and “Madii Magara nesu” in Shona.

Despite heavy rains, choirs continued with their pace and gave their best.

South West 2 Deanery of the Archdiocese of Harare, comprising of parishes such as Kuwadzana, Rugare, Kambuzuma and Mufakose, emerged number one, scooping the 2017 St. Cecilia Trophy.