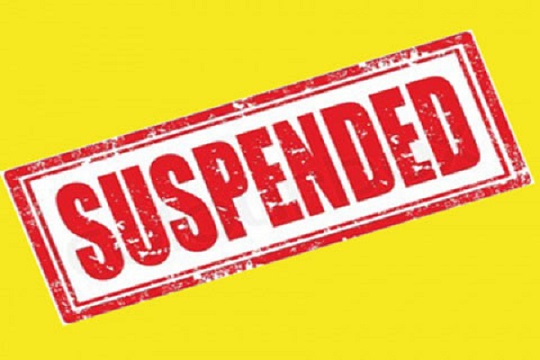 Three African priests have accused their bishop of arrogance and disdain towards his co-workers, in addition to engaging in hate speech. The three belong to the Diocese of Kpalimé in Togo, and were suspended by their bishop for refusing to renew their promise of obedience during the March 28 Chrism Mass.

Father Yves-Paul Azaglo, Father Gerson Gale and Father Daniel Gbadji were suspended by Bishop Benoît Alowonou on April 4, but the sentences were made public on April 13 when they were read out over Radio Maria Togo, the local Catholic station.

The three priests stand accused of “scandalous behavior” during the Chrism Mass at Holy Spirit Cathedral in Kpalimé, which is about 75 miles north of Lomé, the capital of Togo.

They refused to renew their vows, keeping their seats as their brother priests stood to pledge allegiance to the bishop. They also tried to incite the people to disrupt the Mass and spoke harsh words to the bishop personally.

In an April 3 statement, the Bishops’ Conference of Togo condemned the actions of the priests, calling them “scandalous and sacrilegious,” and called on Alowonou to take canonical measures against them.

Although their actions at the Chrism Mass triggered their suspensions, the priests were already in trouble with their bishop.

According to his degree of suspension, Azaglo is accused of being “guilty of refusing to obey his bishop, especially during transfers made on September 8, 2017.”

The priest refused to leave St. Joseph de Danyi Kudzravi Parish, where he was the administrator, for Sts. Peter and Paul Parish at Notsè, where the bishop had appointed him associate pastor (in effect, a demotion.)

Gbadji was accused of violating the conditions of a sabbatical year that Alawonou had granted him and of staying “irregularly” in the Diocese of Atlanta in the United States.

Gale, the founding parish priest of St. Joseph of Assahoun Fiagbe church, joined in the other two priests’ protest.

The suspension decrees however on the three priests “to repent of their offenses and to make appropriate amends for the damage and scandal caused by their acts” in accordance with Canon Law 1347 (2) which stipulates that “an offender who has truly repented of the delict and has also made suitable reparation for damages and scandal or at least has seriously promised to do so must be considered to have withdrawn from contumacy.”

The bishop also called on the priests to undertake a period of “spiritual healing in a monastery.”

These actions, the decrees state, would allow the bishop to “review the eventual conditions of exercising the priestly ministry.”

The three priests held a press conference on April 12, 2018, and said their actions were not “a kind of rebellion” against the bishop.

“Our reaction is that of indignation, of anger, of the consternation of a section of God’s people who are victims of both physical and mental torture,” said Gale.

They said they were being “financially asphyxiated” by having their Mass stipends cut and accused the bishop of refusing to sign priests’ travel documents, even when a priest is ill.

They said the bishop was retaliating for an open letter from March 2016, requesting Alowonou review his governing methods.

The letter had said that “the human, pastoral and financial management of the diocese is disastrous and catastrophic. The exercise of authority is far from evangelical.”

The three priests also accused the bishop of being autocratic and bureaucratic, and said they could not stand by and watch in silence as the bishop “mismanaged” the resources of the diocese, in order not to be accomplices to “the many scandals” plaguing the Church in Kpalimé.

“Unfortunately, our cries of pain are not taken well by the bishop with the support of the Episcopal Conference of Togo,” they said.

Even before their suspension, they said they weren’t afraid of what would eventually happen to them.

“We are aware of the risks of our action. We know the tradition of the Church. But we have chosen that risk and justice over complacency and injustice,” said Gale.

“Whatever happens, no one can stop us from practicing our faith, in truth and in dignity.”

The priests said they always remain open and available to the dialogue with Alowonou, “which, in our eyes, is the only way out of the crisis.”

However, they said, “We are not ready for compromise.”