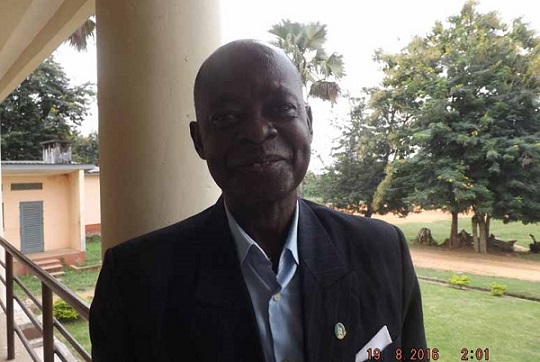 A retired educationist in Ghana, Mr. Jonathan Kofi Torku, has called on education authorities in his country to abolish classes when schools are on recess, saying these have become avenues for teachers to make money instead making use of normal school sessions.

He advised Teachers to device innovative ways to impart knowledge to students, decrying instances where teachers collect monies from students for extra and vacation classes, noting that vacations were periods for students to rest and refresh their minds for the next academic term.

He said that despite the numerous extra classes being organised by schools and teachers during school holidays, many students still fail in Mathematics and Science in West Africa Secondary School Certificate Examination (WASSCE).

In an interview on August 20 at Hohoe in the Volta Region of Ghana during the 16th National Congress of the Association of Catholic Teacher Trainees, Mr. Torku said that extra classes were meant for only Students who were weak in particular subjects but not a whole School or class.

Mr. Torku, who was once a Mathematics Teacher, decried the lack of love and commitment of Teachers in ensuring that they taught students to perform well in WASSCE, appealing to Teachers to make the extra efforts during normal classes hours than focusing mainly on extra classes as the surest way of passing examinations.

He urged Mathematics and Science Teachers especially to put in extra efforts in ensuring that students perform well, saying that the mass failure in these two Subjects by Senior High School students could be attributed to the fact that some Teachers do not have time to teach them during normal classes.

He said there was need to assess not only students but Teachers to ensure that they performed the task assigned them to expectation.

On duration of Senior High School in the educational system, the retired Educationist appealed to the Government to consider reverting the duration of SHS from three to four years, noting that considering the results of WASSCE over the years, there was clear indication the three -year duration was not the best.

He said results of WASSCE for the past five years where the students did not perform creditably, should serve as a test case for the government and the educational authorities to revert the period back to four years.

Over the years, when WAEC released the results of WASSCE, there have been series of calls from some concerned parents, civil society organizations and Religious Organizations asking that the four year duration should be maintained.

In its 2011 Communiqué, the Ghana Catholic Bishops’ Conference called on the government to, as a matter of urgency, maintain the four-year duration in order for the students to prepare well before the examination.

The Bishops said “The present government and successive ones must take note that there is a quiet but growing anger amongst the people about the politicization of education in the country.”

They appealed to the government to maintain the four year system of Senior High School for some time to know its full benefits and disadvantages before it decides whether to make any changes or switch to another system.

According to Mr. Torku said many students who completed SHS and failed to make the grade, spent so much on remedial classes but were still battling to pass their papers, stating that four-year System would surely solve the problem.

He said considering the increasing number of private candidates for WASSCE, it was clear that the three-year duration was inadequate, emphasising that the earlier something was done about the situation the better it would be to save the educational system of the country.

Mr. Torku did not minced words by advising Students to avoid depending on fake Examination papers, popularly called “Apor” as the surest and only way to pass their examination, saying it was a recipe for disaster and the mass failure in the country.

He said the only way to make this country a haven was to inculcate moral values in children to help them become disciplined, advising students to be studios and make good use of their time to excel in their academic pursuit.

He reminded Teachers and parents of their duty to bring children in the fear of God, adding that the quality education delivery would unearth their God-given talents.