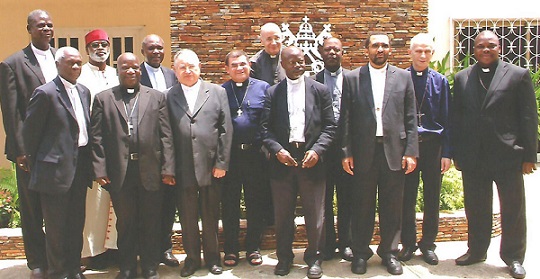 The Church in Africa through the Symposium of Episcopal Conferences of Africa and Madagascar (SECAM) has made a formal request to the authorities of Vatican Radio requesting for the restoration of Vatican Radio shortwave services.

The Standing Committee of SECAM deliberated on the matter during their first meeting for the year 2017 at SECAM Secretariat in Ghana’s capital, Accra, before writing to Vatican Radio.

In the letter, members of SECAM’s Standing Committee “expressed concern about the recent shutdown of the shortwave services of the radio, which afforded millions of Africans the opportunity to hear (the) Holy Father and share in the Church’s concerns and mission.”

Plans to discontinue Vatican Radio’s short- and medium-wave transmissions had initially been meant to affect Europe and Americas in view of embracing newer technologies.

Back in 2012, the then director-general of the Vatican broadcast service, Father Federico Lombardi had stated, “Webcasting and satellite transmissions, along with rebroadcasting by local, regional and national radio stations, guarantee the widest possible outreach to Vatican Radio’s programming and services,” and added, “Which is why Vatican Radio believes the time has come to reduce its reliance on traditional technologies, like short- and medium-wave broadcasts, and to develop its resources in new directions.”

However, Father had clarified that the traditional Vatican Radio broadcasts would continue to be made available to Africa, Asia, and the Middle East, regions of the world where advanced technologies are not as widespread and readily available to the Church members there who also need to hear the voice of the Vatican.

The message of the Standing Committee members of SECAM seems to recall the original intentions of Father Lombardi who wanted the shortwave services continued for the good of the Church members not yet exposed to new technologies including the Internet.

“While recognizing that Vatican Radio services can still be received through the Internet,” the Standing Committee members noted that “the fact that many Africans simply do not have the means or the technology to enjoy such services” constitute a limitation and “called for the restoration of the shortwave services as a means of sustaining the mission of evangelization on the African Continent.”

According to a message sent to CANAA, the Standing Committee members also “expressed deep acknowledgement and appreciation for the role which Vatican Radio has played over many decades in the evangelization of Africa and the task of catechesis and spiritual development of African peoples” in their message to Vatican Radio authorities.

“They noted that Vatican Radio has always been a credible source for accessing news about the Universal Church and a ready channel for sharing news about Africa with the rest of the world,” read in part the message to CANAA in reference to SECAM’s message to the leadership at the Vatican Radio.

The Vatican media is currently under the leadership of Monsignor Dario Edoardo Viganò.

There has been a news report of “an agreement with Facebook through which the pope’s messages will be brought to 44 countries by cell phone, through an app.”

Since its birth in 1931, Vatican Radio has played a significant role in bringing the Church’s message to different parts of the globe.

SECAM’s Standing Committee consists of the President, two Vice-Presidents and eight members from each of the regional Bishops’ conferences in Africa. The committee has a three-year renewable term of office and has the function of directing the affairs of SECAM between Plenary Assemblies.

During the committee’s recent meeting in Accra, the members joined the Episcopal Conference of Ghana and the entire nation to celebrate the country’s 60th anniversary of Independence, an event that coincided with the 40th anniversary of the establishment of the Apostolic Nunciature in Ghana.

The Sunday, March 5 occasion (the first Sunday of Lent) was graced by the Pope’s envoy to the celebration, Giuseppe Cardinal Bertello.

Officially launched in 1969 in Uganda’s capital, Kampala, SECAM was born out of the will of young African Bishops during the Second Vatican Council (1962-1965) who wanted to speak with one voice.