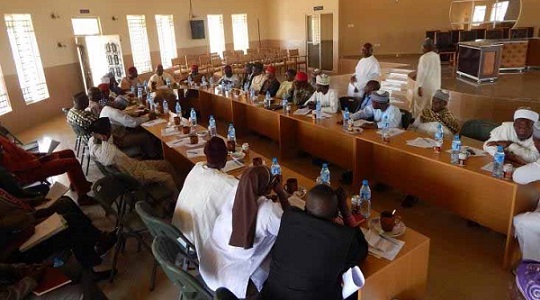 58-year old Bishop-elect will be succeeding Bishop James Naanman Daman who was called to the Lord in January 2015 at the age of 58.

Founded by members of the Society of African Missions (SMA), Shendam is known to be the first Roman Catholic Mission foundation north of the rivers Niger and Benue in Nigeria.

Below is the Press Statement about the appointment of Msgr. Philip Davou Dung sent to CANAA by the Secretary General, Catholic Secretariat of Nigeria, Rev. Father Ralph Madu

He did his primary education at R.C.M Primary School Kuru Station, Wereng (1965-1972) and he completed religious formation at St John Vianney Minor Seminary, Barkin Ladi,(1973-1977). He studied Philosophy and Theology at St Augustine’s Major Seminary, Jos. He was ordained priest on 24th November 1984 and incardinated into Jos Archdiocese. He did his higher studies in Moral Theology at the Pontifical Accademia Alfonsiana in Rome (1992-1994) and obtained a Master’s degree in Moral Theology.

Besides having been Parish Priest in several parishes in the Archdiocese of Jos, he was also;

The date for the ordination of the Bishop-elect is yet to be announced.