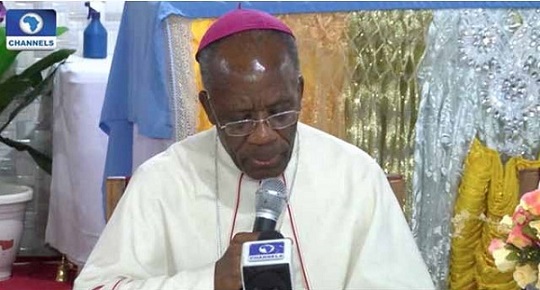 Archbishop Kassujja was ordained priest on 3 January 1973 and was appointed Archbishop of the titular see of Cesarea in Numidia in 1998. He arrived to serve as Apostolic Nuncio to Nigeria in 2011.

Apostolic Nuncio Kasujja is a career diplomat who has served as papal envoy in different parts of the world since he entered the Diplomatic Service of the Holy See in 1979.

He has served in the Apostolic Nunciatures of Argentina, Haiti, Bangladesh, Portugal, Peru, Trinidad and Tobago. He was appointed Apostolic Nuncio to Algeria and Tunisia in 1998.

Later, he was transferred in the same capacity to Madagascar, the Seychelles and as Apostolic Delegate to the Comoros and La Reunion. In 2004 he became the Apostolic Nuncio to Mauritius.