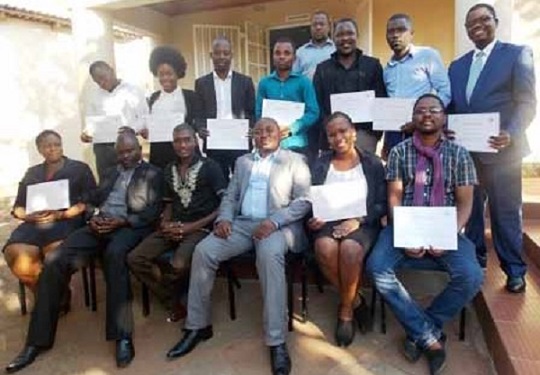 The Catholic Commission for Justice and Peace (CCJP) of the Episcopal Conference of Malawi (ECM) has expressed the need for stakeholders working in the mining sector who include Civil Society Organizations (CSOs), government and companies to deepen their understanding of Corporate Social Responsibility (CSR).

Acting National Coordinator for CCJP, Martin Chiphwanya said this in Lilongwe during a one-day workshop for Civil Society Organizations aimed at reflect their role in ensuring Corporate Social Responsibility.

Chiphwanya said the training workshop would therefore equip participants with a better understanding of what CSR entails.

“It is important that companies should attend to the interests and issues of the wider community by taking into account issues of CSR. The role of uplifting poor masses is beyond government alone. As CSOs, it is our role to engage firms more especially those whose activities impact on the environment such as mining firms to view CSR as an important component of maintaining good rapport in communities,” he said.

According to Chiphwanya, in Malawi, CSR is part and parcel of the daily talk of companies and communities including government. However, CSR in Malawi is not regulated by any policy or legal document as such it is an idle talk hence it’s a mere interest topic for many stakeholders with both positive and negative ramifications.

The facilitator of the workshop, Daniel Kamanga said that with the booming of the extractives industries, if CSR has no legal and policy framework to regulate it, specifically, the mining sector will operate at its own provisions.

“There is limited, if not non existing citizens or community participation in the choices of CSR activities of various investors in Malawi as such there is no community ownership of such developmental activities,” said Kamanga.

According to Kamanga, taking advantage of the absence of the laws and policies regulating CSR interventions, Investors are more into marketing activities through dominant media coverage- yet this is supposed to be a mandatory, as the global experiences are indicating. Meanwhile, Extractive Industries Desk Officer for CCJP, Success Joel Sikwese says as CSOs, they are now demanding for a renewed zeal from government to incorporate in the anticipate new legislations in mining CRS pieces of legislation.

He also said an overarching CSR policy for all investors is needed in Malawi to regulate and guide the implementation of CSR interventions with possible monitoring and compliance reinforcement mechanisms.

The training was organized by CCJP as one of the activities in the Tonse Tipindule mining governance project which is being implemented with support from Tilitonse Fund through Norwegian Church Aid. Among the participants to the training workshop included; Citizen for justice, Church & Society, Focus, OXFAM, Quadria Muslim Association of Malawi and Evangelical Association of Malawi, Mining and Trade Review, Norwegian Church Aid