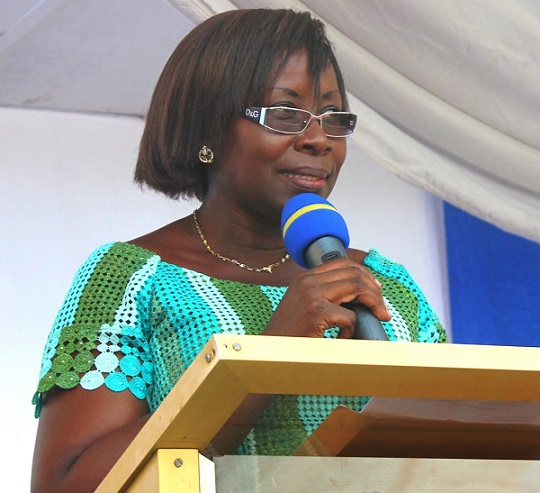 The General Manager of Catholic Education Unit in Ghana, Mrs. Doris Ashun, has called on Education Co-ordinators and Local Managers to assist Regional Managers of Education for the smooth management and supervision of Catholic Schools.

Mrs. Ashun made the appeal in an interview with the Catholic Standard Newspaper, Ghana’s National Catholic Weekly.

She said that due to the large expanse of jurisdiction covered by Regional Catholic Education Unit Office, it is expedient on the part of all Local Managers and Coordinators to co-operate with the Managers in the Unit Office.

She lamented the recent developments of side-lining Managers of Mission Schools and the delay in the signing of the Memorandum of Understanding (MOU) between the Government and the Religious Bodies. This, she said, had “led to the reduced interest in the Missions supporting their schools financially”.

“We are to visit the Catholic Schools in their Dioceses and report to the Regional Managers,” she said and noted that Regional Managers had a whole region as their territory of operation and apart from supervision, each manager has to ensure that religious discipline of the Church in the schools is adhered to.

This oversight role of Regional Managers had dwindled since the Managers do not have control over postings, transfers and sometimes headship appointment, she added.

The General Manager stated that since Regional Managers oversee the Management of all Catholic Schools in their Regions usually made up of one, two or three Dioceses with over twenty Districts, they were faced with many challenges including the lack of accommodation and transportation.

She indicated that some of the Schools were in remote areas and difficult to access which calls for good and strong vehicles for use by the Regional Managers.

She urged Regional Managers also to be innovative in sourcing for funding to carry out their mandate while seeking support from the Bishops and other sources.

The General Manager also indicated that there are instances when heads and teachers are posted to Catholic Schools without any consultation with the Regional Manager.

On performance of Catholic Schools, she said though statistics were not readily available, records and reports presented by Regional Managers over the years indicate that Mission Schools and for that matter Catholic Schools, were among the best in Ghana. “Their results and discipline records cannot be matched,” she added.