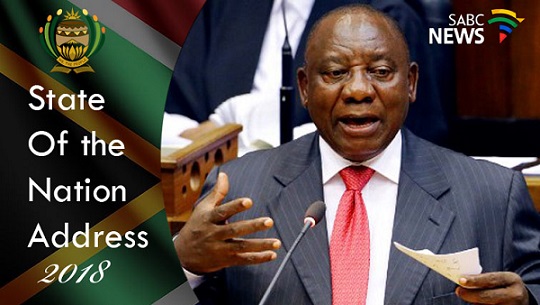 No leader is ever entirely virtuous and history is strewn with copious examples of leaders who begin with integrity and end up on the refuse heaps of history. One can only really get the measure of any leader in the light of particular moments. Pope Pius XII in his Christmas message of 1944 pointed to the public’s expectations of those who hold public office especially in moments of transition or turbulence. “Those who in times of political confusion understand their obligation to give help to the state and to the people with their sound experience, perfect kindness, equitable justice, determined will towards national unity and peace in a sincere desire of brotherhood: perseverance in the good enterprise.” [1]

Pius XII’s understanding of the political leadership was contextualised for contemporary society some decades later when Cardinal Hume spoke of a “vision which included the recognition of a common humanity, the need to act together and the belief in the possibility of change”. He went on to stress the importance of restoring and building civic relationships thus strengthening civil society. In Catholic Social Teaching (CST) strength in a society rests very fundamentally on strong relationships of trust.[2]

A close reading of President Cyril Ramaphosa’s State of the Nation Speech (SONA) reveals a powerful echo of the cardinal’s understanding of leadership. It also offers us a document alongside which to measure his policies against the values of freedom, participation and equality which the International Theological Commission in 1985 underlined as the benchmarks for assessing CST.  The speech is the only indication we have of his ‘presidential’ priorities and the values on which he bases his public priorities.

From a CST point of view, two points are significant. Ramaphosa called for the reestablishment of communities of trust in the face of diminishing trust in public institutions and weakened confidence in leaders. He underlined that it is everyone’s task to create a common destiny. John Paul II reminded us that “everyone should put their hand to the work which falls to his share and that at once and straightway, lest the evil that is already so great, become through delay, absolutely beyond remedy”. [3] His commitment to undoing past injustices and present inequalities is key to establishing the common good. His further commitment to the free basic services which supports 3.5 million indigent households and continuing the payment of 17 million grants to the poorest of the poor, resonates with the fundamental option for the poor as does his promise to deal effectively with those who have plundered the resources of the nation and those who have established a culture of cronyism and corruption. Every corrupt act is a theft from the poor and every act of turning the tide of those pathologies puts resources at the disposal of those eliminating the scourge of poverty. Without basic economic and social justice there can be neither a sustainable future nor peace.  Pope Paul VI in addressing the UN reminded the world that “if you want peace work for justice”.

A second point of interest was the number of times he promised to hold summits on a variety of important and often contested issues ranging from investment to jobs. While some decried this emphasis as an entrenchment of a culture of talking at the risk of it diminishing action: from a CST perspective it undergirds the importance of dialogue as a powerful way of ensuring the inclusion of usually excluded voices in the process of developing public policy. In addition it enhances the important habit of relating publically with each other. Iverleigh points out that “the habit of relating publically to each other builds up relationships of trust…. the ‘social capital’ so praised by Benedict XVI in Caritas in Veritate 32.” [4] By its very nature, summits open spaces for the participation of civil society. After a time when civil society necessarily had to spend its energies on contestation and criticism of the previous political leadership, the calling of summits holds the potential for engaging civil society in constructive engagement around critical issues, knowing full well that that engagement will also strengthen the hand of civil society in holding government accountable.

In a country plagued with a history of identity politics and a growing exclusion of the poor from any meaningful decision making about their own futures, creating spaces for dialogue and thus building incrementally those communities of trust, is critical for any sustainable life together.

This brings me to a final point: some commentators have said that the SONA was just more of the same. That misses an important point. It might well be more of the same, but it is more of the same in a significantly different environment. For the first time, at least since the firing of former Finance Minister Nene in 2015, there seems to be a spirit of hope in South Africa. That, given our recent political history, is no small feat. A solid indication of pursuing the quest for justice, enhancing a dialogical culture together with appropriate processes that implement such dialogues, and the generation of hope, are indeed the benchmarks of CST and a sign of the times in South Africa. SA.