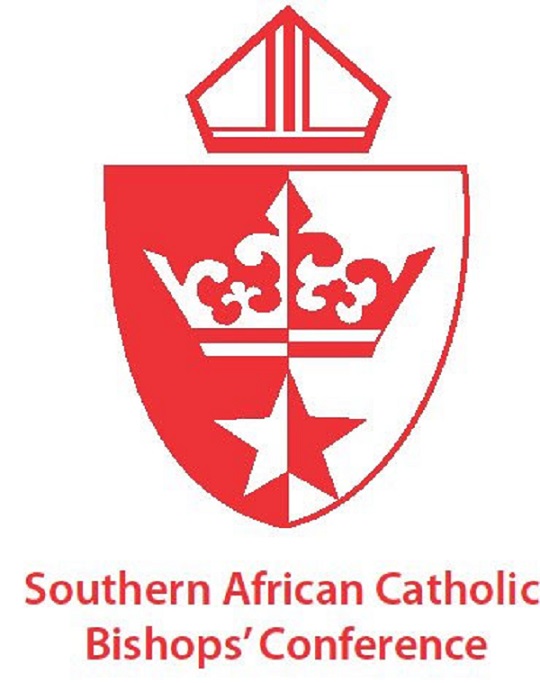 Bi-centennial Celebration of the Church in Southern Africa

In June 2018 Catholics in Southern Africa will celebrate the bi-centenary of the establishment of the Catholic Church in the region of Southern Africa.

From the time of the discovery of the Cape, ecclesiastical jurisdiction over it belonged to the Portuguese mission under the authority of the king of Portugal. After the establishment of the Dutch East India Company at the Cape in 1652, the practice of the Catholic religion was de facto prohibited.

It was only in 1804 that Jacob Abraham de Mist, the Commissioner-General of the Cape Colony, decided that “all religious societies which for the furtherance of virtue and good morals worship an Almighty Being, are to enjoy in this Colony equal protection from the laws” and in 1805 three Dutch priests arrived to minister to the Catholics of the Cape. One of them, Fr Johannes Lansink, was appointed Prefect Apostolic. The following year, however, the British colonial authorities, which had taken over the Colony in the meantime, ordered them to leave the region.

On 7 June 1818, Pope Pius Vll erected the Vicariate Apostolic of the Cape of Good Hope and adjacent territories. Subsequently the Island of Mauritius was added, and so were New Holland and Van Diemen’s Land (effectively, modern day Australia).

In 1820 the first Vicar Apostolic, Bishop Bede Slater OSB, stopped at Cape Town for three weeks on his way to Mauritius where he was to reside, leaving behind Fr Patrick Hurst Scully as chaplain to the local Catholic Community. By then, religious tolerance had made some progress. Fr Scully was succeeded by Fr Theodorus Wagener who was later joined by Fr Thomas Rishton OSB. Bishop Slater was succeeded by Bishop William Placid Morris OSB, who also resided at Mauritius.

On 14 April 1838 (Holy Saturday) Bishop Griffith stepped ashore at Cape Town. While initially interested in evangelizing black people, he essentially ministered, quite successfully, to white settlers. He can be considered as the founder of the Catholic Church of South Africa.

In 1852 the first four Oblates of Mary Immaculate arrived to establish a mission in Natal. They later set out to evangelise Lesotho.

On 24 May 1872, the Prefecture of the Central District of the Cape of Good Hope was detached from the Western Vicariate. Further subdivisions took place in subsequent years. It was not until the 1880s that the first Southern African mission in what is today South Africa was successfully established by the Trappists. Indeed, long absent from the missionary scene, the Catholic Church’s missionary thrust in Southern Africa started to grow rapidly in the 20th century.

Also belatedly, but with increasing vigour, various sectors of the Church began opposing the apartheid regime in the second half of the century.

Further growth has taken place in the Church of Southern Africa since then: new dioceses have been created; Zimbabwe, Lesotho and Namibia – which had been part of the Southern African Catholic Bishops’ Conference – left the Conference to establish their own Conferences in 1969, 1972 and 1996 respectively; and the ecclesiastical province of Johannesburg was created in 2007 with the diocese of Johannesburg being raised to the status of an archdiocese.

The Catholic Church in Southern Africa Today and Bicentenary Celebration

It was on June 7, 1818 that Pope Pius VII erected the Vicariate Apostolic of the Cape of Good Hope and Adjacent Territories, thus constituting for the first time a formal presence of the Catholic Church in Southern Africa. While the first beginnings of the Church in Southern Africa had their origin in Cape Town, in the almost 200 years since then, the presence of the Catholic Church has grown to the extent that there are now twenty-eight dioceses and one vicariate apostolic in our Southern African Catholic Bishops’ Conference (SACBC) which includes South Africa, Botswana and Swaziland.

To commemorate the bi-centenary of the formal establishment of the Church within our Bishops’ Conference, we shall inaugurate our celebrations with a Mass of Thanksgiving in the Cathedral of Our Lady of the Flight into Egypt on Sunday, June 25, 2017 at 3.00pm. Because of the limited space, invitations to this celebration are to be sent to priests and deacons in the Archdiocese, to chairpersons of parish pastoral councils and three parishioners in each parish, to religious superiors, to the lay leaders of each of the three sodalities in the Archdiocese, to the Regional Grand Knight of the Knights of da Gama, to the Magistral Delegate of the Equestrian Order of the Holy Sepulchre of Jerusalem and to a representative of the Migrant and Refugee Communities in the Archdiocese.

Moreover, an invitation has also been extended to all the bishops of the SACBC since, while the origins of the Church have their roots in Cape Town, the intervening 200 years have witnessed the spread of the Church throughout Southern Africa. It is worth noting that the “adjacent territories”, referred to in the papal document of June 7, 1818, included both Australia and Mauritius and for this reason, an invitation will be sent to the Presidents of the Bishops’ Conferences of both territories to visit Cape Town during the bi-centennial year.

During this Mass of Thanksgiving, tribute will be paid to the selfless contributions of those heroic early pioneers, both priests, religious and laity from far-off lands, by whose dedication and untiring efforts, the seeds of the Church were first planted in the Cape of Good Hope, as it was then known, and throughout Southern Africa.

We owe an immense debt of gratitude that can never be expressed adequately to so many religious congregations for their establishment of schools in our Archdiocese and throughout Southern Africa as a whole, and their invaluable contribution in the field of education during these two hundred years.

We owe much too to those members of religious congregations who have established hospitals and hospices for the sick and the dying and also to those whose charism is to minister to the poor and the destitute. At the offertory procession during this Mass, symbols of their contributions to the Southern African Church will be brought up and displayed in the sanctuary.

To further celebrate these heroic contributions by so many who, in face of much difficulty and often opposition, have brought the light of Christ into Southern Africa, during the Mass of Thanksgiving a specially decorated candle will be blessed and given to every bishop (or his delegate) to be taken back to his Cathedral and placed in a prominent position during this bi-centennial year. We hope to be able to present to every parish priest a copy of the papal document of June 7, 1818 for display in his church.

During the twelve months following upon the Mass inaugurating the bi-centennial year, there will be other large Archdiocesan celebrations. We are presently looking for a sufficiently large venue to accommodate 8000/9000 people for the celebration of a Mass. This would then be our principal celebration. Since we have not yet found such a suitable venue at a reasonable cost, we may have to extend our search further away from the city centre. This would be a Conference celebration at which all the bishops of the SACBC would be present.

As a secondary Archdiocesan celebration in the course of the bi-centennial year, there will be a Eucharistic procession starting from the Holy Cross parish, District Six and ending at the steps of our Cathedral with Benediction of the Blessed Sacrament. During the procession, there will be prayers for the enrichment of family life in our Archdiocese, for our young people and youth, for the elderly, for the sick and for migrants and refuges. Our prayers will reflect the Church in human solidarity with everyone. The details of this event will be advertised in due course.

There has also been a request for a national celebration in Cape Town at which all the bishops of the SACBC would be present. The possibility of such a celebration is currently being investigated.

During the bi-centennial year, there will be at least one large celebration in each deanery in the Archdiocese of Cape Town. There are eight deaneries in the Archdiocese and each, under the leadership of a dean who is a priest elected by the priests of each deanery, consists of a cluster of between eight and ten parishes. The dean’s role is to promote pastoral co-operation among the parishes that constitute the deanery.

On the Solemnity of All Saints celebrated on Sunday, November 5 this year, there will be a celebration in each deanery focussing upon Our Forefathers and Foremothers in the Faith. Also, as part of our year of celebration, Archbishop Stephen Brislin has agreed to administer the Sacrament of Confirmation at deanery level in 2018, where requested, rather than in individual parishes, thus promoting a greater sense of Church among those who are to receive the Sacrament.

Special liturgies are also to be arranged in parishes during this year of celebration. These could include a Lenten penitential celebration where the Church’s Failures of the Past are considered, an Advent or Lenten parish mission focussing upon the Renewal and Awakening of Faith, and an Easter celebration emphasising our personal invitation to Share in the New Life of our Risen Saviour.

Two special projects to include our Youth and School-going Children and their involvement in the celebration of 200 years of the Church in Southern Africa have also been arranged. The first includes two ‘Bi-centennial Catholic Schools Choir Festivals’ which will be held in the Cape Town City Hall on Sunday, August 27, 2017 and on Sunday, October 27, 2017. These choral festivals will showcase the talent of our Youth and recount the story of Catholic Education in South Africa.

The second project concerns a Youth competition entitled ‘Exploring our Catholic Heritage’. Parishes and Catholic Schools will soon be inviting our Youth to tell their story through a heritage research project. The best entries will be published in the Archdiocesan News. Details of this project will be circulated to Catechetical and Religious Education Co-ordinators shortly.

To close the bi-centennial celebrations, there will be a Mass of Thanksgiving at noon on Sunday, June 10, 2018, hopefully in every Cathedral, parish and mission station throughout Southern Africa. At that Mass, a recorded message from Pope Francis will be aired, and the special candle distributed at the opening Mass on June 25, 2017, will be lit in every Cathedral in South Africa, Botswana and Swaziland, and bells will be rung, thus symbolising the solidarity of faith between all of us.

A media committee has been established to advertise the events planned for this year and produce a bi-centennial brochure with a calendar of events. This committee will also take responsibility for advertising major events during the year of celebration in the printed media and for ensuring that the archdiocesan website is up-to-date as far as events planned for the year of celebration are concerned. A prayer card reflecting a special prayer for the bi-centenary year in Xhosa, English and Afrikaans will soon be made available through the media committee.

An exciting year in which we shall celebrate our faith and those who have been instrumental in bringing it to Southern Africa is soon to be inaugurated. Let us prepare well through our prayers and the offering of our Masses for this grace-filled time of remembrance of those who have gone before us in the faith.

Compiled by Mgr Clifford Stokes, Vicar General in the Archdiocese of Cape Town