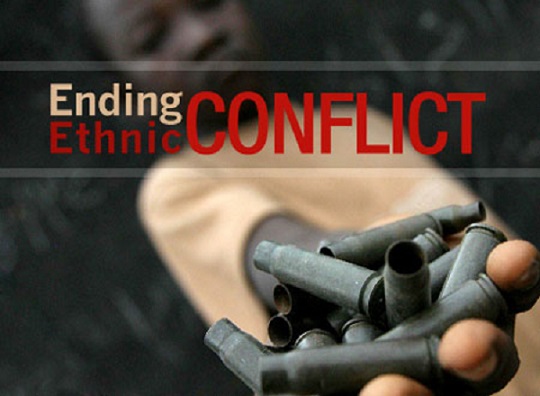 Ethnic violence in an eastern province of the Democratic Republic of the Congo has claimed dozens of lives in recent days.

“We counted 49 bodies and there are other corpses still missing,” said Father Alfred Ndrabu, Caritas director in Bunia, the capital of Ituri Province.

Fighting between the Hema and Lendu ethnic groups has left at least 130 people dead since December. Tens of thousands have fled the violence, some of them into neighboring Uganda.

The Lendu are herdsmen, and the Hema are farmers, and the two groups have been having a low intensity conflict for decades, killing thousands over that time.

According to Caritas, the recent attacks started on March 1 in the locality of Maze. Lendu youth arrived in the afternoon and were forced away by police but returned in the early evening in greater numbers.

From March 1 to March 3 seven villages were attacked, according to the UN-backed Radio Okapi.

According to UNICEF spokesman Christophe Boulierac, more than 70 villages have been burned down and scores of people killed, a majority of them women and children.

He said at least 90,000 children have been forced to flee their homes in the face of escalating conflict.

The attacks have been condemned by the local Catholic Church. After the plenary assembly of the Kisangani episcopal province, the bishops spoke about the conflict.

The bishops said groups of foreign armed migrants are moving into the area with large herds in search of arable land or pastures.

“These migrants stop and their presence becomes a permanent threat to the local population,” the bishops said in a statement.

The bishops said that local armed groups, foreign groups, such as the Ugandan Lord’s Resistance Army, “and others who are unidentified spread desolation among the population through theft, rape, looting and murder.”

Noting that the Church cannot remain indifferent in the face of such concerns, the bishops still called on families and Christian communities to continue to express their solidarity towards the displaced and refugees.

Bishop Dieudonné Uringi of Bunia, believes the warring people are being manipulated by those who want to benefit from the spoils.

“The conflict between Hema and Lendu in Ituri is a manipulation,” the bishop told Radio France Internationale.

“Here in Ituri, there is nothing like an ethnic or inter-ethnic war,” he said. “There is instrumentalization and manipulation,” he emphasized.

Uringi justified his claim by pointing to the near perfect organizational ability of the attackers.

“The youths who attack are nearly all equipped with means of communication. They have money, and they are well organized. Therefore, there are invisible hands who manipulate them,” he said.

Ndrabu has denounced the inaction of the authorities, particularly the justice department.

“It’s been one month today that the current conflict escalated. Suspects have been arrested on the battle field. Of course, those arrested are only involved in implementation. If the authorities listened to them, it would help uncover the real people behind the attacks,” the priest said.

“The population wants them judged publicly, but up to now, one has the feeling that the judiciary is not doing its work. Maybe they don’t want the truth unveiled? The assailants gave some names that could perhaps be disturbing. Are they some highly-placed personalities?” he asked.

In their statement, the bishops said outside forces want to exploit the mineral wealth of the region.

“Ethnic clashes are being fueled to force the inhabitants to flee and free spaces in order to exploit the riches of the territory with impunity,” they said.

The governor of Ituri, Abdallah Pene Mbaka, has countered the bishops’ allegations, saying that the authorities were doing their best, not only to bring the culprits to justice but also to stop further attacks.

“We will work step by step to discourage such attacks. Arrests have been made, and all those guilty will not go unpunished. A commission is already working to document their actions in view of making them appear in court. Mobile tribunals shall be organized so that these criminals answer for their crimes,” he told RFI.

He said the authorities were depending on the collaboration of the population so that the criminals could be flushed out of their hideouts to face justice.

The conflict is just one of many in the Democratic Republic of the Congo, where earlier this month, the body of a Catholic priest, Josephite Father Florent Mbulanthie Tulantshiedi was found on a boat on the banks of the Kasai River, near the village of Biyenge in the center-west of the country.

The country is currently experiencing a political crisis, after the breakdown of an accord overseen by the nation’s bishops to usher in new elections, which were due to take place last year.

Church groups have sponsored several protests calling for the removal of President Joseph Kabila, causing tensions between the Catholic hierarchy and the government.