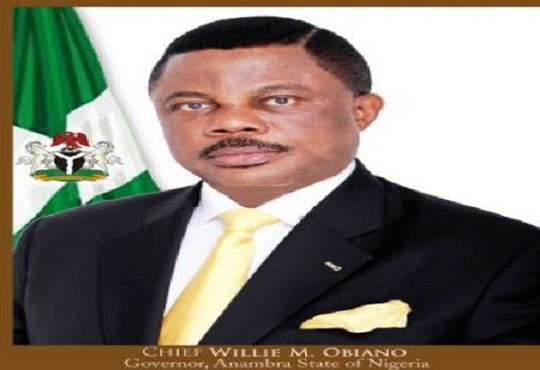 Diocesan/Religious directors of communication and other Catholic media communication professionals have been called upon to uphold the integrity of the Catholic Church, while carrying out their professional duties. The call was made by the Executive Governor of Anambra State, Sir Willie Obiano, while receiving the directors in his office in Awka, recently.

The directors were in Anambra State for the first Plenary Meeting of their association for the year 2018, held at the Eziafakaego Garden Resort, Nnokwa, Anambra State. Taking the directors down memory lane on the significance of some Pilgrimage sites of the Church in different parts of the world including Malta, Governor Obiano, described these sites as inspirations of the Catholic faith. He urged the directors to take their apostolate very seriously, protect and defend the Catholic Church which he described as the best organization in the world because of her versatility.

Governor Willie Obiano also used the occasion to brief the directors on the progressive developments of Anambra State premised on his vision to make life worth living for the people of the state. The governor disclosed that his mission is to make Anambra the hub of business premised on 12 enablers which include: education, health, infrastructure, infrastructure, electricity, environment and entrepreneurship; as well as four pillars: security, agriculture, oil and gas and industrialization.

Describing Anambra State as the safest state in the country today, Governor Obiano told the directors of the successes achieved in this respect including containing the herdsmen/farmers issue. According to the governor, a special committee has been put in place on the herdsmen/farmers to ensure that both groups are protected and crises avoided while effort are being geared towards a permanent solution to the issue.

He also spoke on the successful strides in the area of education with emphasis on girl child education and using necessary incentives to enhance education in the riverine areas. The governor also mentioned the collaborative assistance the government is rendering to other stakeholders in the state in the education and health sectors; adding that the happiness and joy of the people is the paramount concern of his administration

Earlier in his address, the President of the association and the Director of Communication for Onitsha Archdiocese, Rev. Fr. Pius Ukor thanked the governor for receiving the directors and supporting them in their apostolate; and for being a devoted Catholic worthy of emulation. He particularly noted the outstanding successes of the Willie Obanor administration in the areas of security, education, health and environmental sanitation and the industrialization programme for the state. He described the governor as a an administrator of impeccable character working for the common good of all Anambra people, with the intention of making the state a role model in the country.

In his own speech, the National Director of Social Communications, Catholic Secretariat of Nigeria (CSN), Rev. Chris Anyanwu commended Governor Obiano for his steadfastness in the Catholic faith and successes achieved in the administration of the state especially in the areas of security, education and provision of health facilities. He noted that the governors programmes are people oriented and signs of his commitment of making life worth living for the majority of the people are found not only in the state capital but also in all the towns and villages that make up the state.