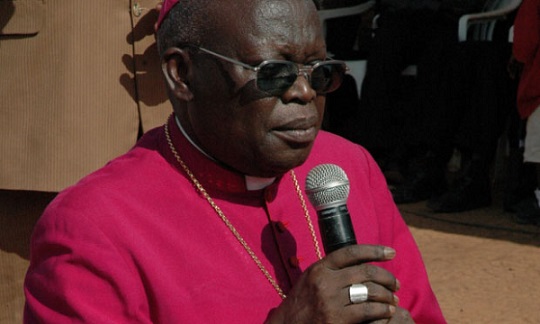 Uganda’s Archbishop of Gulu and President of the Uganda Episcopal Conference, John-Baptist Odama has apologised to the people of Central African Republic and the those of the Democratic Republic of Congo for the suffering and atrocities caused by fugitive warlord Joseph Kony, leader of the Lord’s Resistance Army (LRA).

“The people in the Central African Republic (CAR) are suffering from (the atrocities of) the LRA. Where did the LRA come from? I think Uganda has something to apologise for and we need to reconcile with the people of CAR and with the people of the Democratic Republic of Congo as well as with those in South Sudan. For that reason it is important to accept -yes the fault has been made, and we have to say sorry for this,” Archbishop Odama said.

He said the activities of the LRA rebels in CAR and the Democratic Republic of Congo had fractured human relationships of neighbouring communities that once lived as brothers and sisters. He referred to Pope Francis’ visit to CAR in 2015 as a reminder to the people of Africa to “feel together” in solidarity with those suffering the ravages of war.

The Archbishop has called on the government of Uganda to join efforts with countries where LRA rebels are now operating.

The crises and instability facing countries of Central Africa are political, but they are also the result of poverty, exploitation, governance challenges intertwined with ethnic and cultural challenges, Archbishop Odama said. He believes that the current impasse is the result of politicians only looking for a political solution. He has called for a comprehensive approach that is composed of a synergy of political, cultural and even spiritual solutions.

“Let me give you an example of why this is complicated and why it needs a comprehensive approach. There is a man at the ICC (International Criminal Court), Dominic Ongwen. Depending on how you look at it, he is both a victim because he was abducted and a perpetrator having committed crimes against humanity,” Archbishop Odama said.

Archbishop John Baptist Odama, a recipient of several peace awards, is a long-term advocate for peace in northern Uganda.