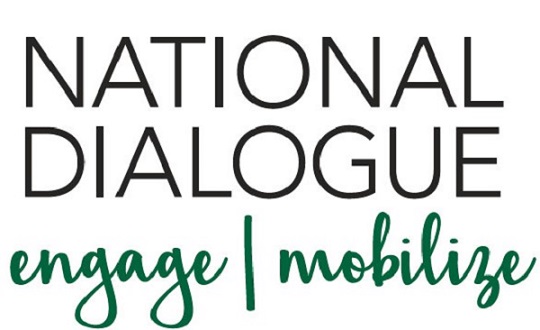 A “last chance” political dialogue began on Monday in Togo, as the government sat down with the opposition to resolve a deepening political crisis surrounding the prospect of President Faure Gnassingbé seeking another term.

With the discussions ongoing, Archbishop Philippe Fanoko Kossi Kpodzro, the former head of the Lomé archdiocese, said there is only one solution: Gnassingbé must step down when his mandate expires by 2020.

“The Head of State should be allowed to completely terminate his mandate in dignity, but obstinacy not to leave power is diabolic,” the archbishop said in a Feb. 14 statement.

Kpodzro is in a position to speak on the topic, having headed a similar political dialogue in the 1990s which led to a new constitution for the West African country.

Gnassingbé has been president since 2005, following the death of his father, Gnassingbé Eyadema. Eyadema had ruled Togo for 38 years, ever since he overthrew the country’s second president, Nicolas Grunitzky, in a coup d’état in 1967.

Eyadema introduced term limits in 1992, after a series of political protests led to the Kpodzro-moderated national dialogue, but ended them 10 years later, with the hopes of running for re-election in 2008.

After his death in 2005, the military made sure his son succeeded him.

A coalition of opposition parties began organizing regular street demonstrations against his rule in August 2017, which the government has often violently opposed.

In September, a government-backed bill to restore a two-term presidency, while allowing Gnassingbe to run again in 2020 and 2025, was rejected by Togo’s 14-party opposition coalition. The opposition parties subsequently declined international mediation Oct. 10, demanding instead the president’s immediate resignation.

The bishops have supported the re-introduction of term limits and warned the political conflict could take on religious and tribal overtones, in a country that is 30 percent Christian, 20 percent Muslim, and 50 percent of the population practice indigenous religions.

The bishops have also called for “frank and sincere dialogue” between the government and the opposition “on the key question that sparked the conflict in the first place,” in order to come up with a “durable, consensual solution,” adding the 1992 constitutional settlement should be the basis of political talks.

Kpodzro called for the “rehabilitation of the 1992 Constitution in its entirety, with all its legal implications, and enriching amendments if necessary.”

“Our constitution on this issue states that at no time should a head of state be allowed to serve more than two mandates. Let’s pray that that should come to pass, so that our country should be truly free and democratic, working for progress and the integral development of all its children,” the archbishop said.

But because the opposition’s initial demands for a return to the 1992 constitution have now shifted to calls on Faure to immediately step down, some observers do not see how the talks will result in a solution.

She told the television network the opposition is “not naive enough to expect a dictatorship to negotiate its own dismissal.”

Still, for the country’s bishops, dialogue remains the only possible way out of the crisis. They called for a week of prayer Feb. 16-23.

Bishop Benoît Alowonou, the president of the bishops’ conference, called it “a time of intense prayer for Togo, which, for several months, has been going through a deep socio-political crisis.”

“Let us beg God to rid us of all the obstacles that hinder our living together and compromise our unity,” Alowonou said. “Let us implore his light and wisdom be upon the participants of the announced dialogue so that it creates serious prospects for an end to this crisis.”

The latest talks are being moderated by Ghana’s President Nana Akufo-Addo and Guinea’s President Alpha Conde.

“The peace, the freedom and the stability of the Togolese people is something which is just not negotiable,” Akufo-Addo said on Monday, according to AFP.

Kpodzro said this means giving precedence to “honoring the common good, instead of the partisan spirits of ‘me or nothing’.”

The retired archbishop said the latter spirits “have demonstrated to us until now the proof of devils, spirits of evil, skilled at dividing and conquering.”