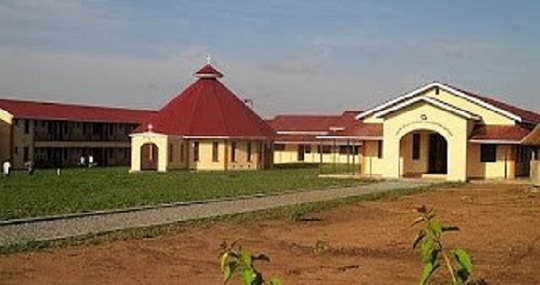 This has been confirmed to CANAA by the President of the Sudan Catholic Bishops’ Conference (SCBC), Bishop Barani Eduardo Hiiboro Kussala of Tombura-Yambio diocese.

“We intent to revisit our plan and activities in building peace, pastoral attention toward our refugees in various countries, the poverty of our people, to re-boost our social service to them,” Bishop Barani told CANAA Thursday.

“We shall consider also re-invitation of our Holy Father to visit Sudan and South Sudan,” SCBC President added.

Early in the year, Pope Francis had proposed a trip to South Sudan, which he would have undertaken alongside the archbishop of Canterbury, Justin Welby. However, on May 30, the Vatican’s spokesman, Greg Burke, told journalists that the trip was not to take place this year, citing a precarious security situation in the world’s youngest nation.

According to Father Jacob Ohob Odoi, the Secretary General of SCBC, the Church leaders coming from the two dioceses in Sudan and the seven dioceses in South Sudan are being guided by Jesus’ prayer for his Apostles recorded in the Gospel according to John 17:21, ‘That all of them may be one, Father, just as you are in me and I am in you. May they also be in us so that the world may believe that you have sent me.’

Bishop Barani appreciated the presence of two representatives of the Association of Member Episcopal Conferences in Eastern Africa (AMECEA) saying, “This Plenary has been blessed with a delegation from AMECEA, led by Berhaneyesus Cardinal Souraphiel, Archbishop of Addis Ababa and Chairman of AMECEA, together with Bishop Rogath Kimaryo of Same, Tanzania.”

Father Jacob told CANAA that the two Apostolic Nuncios for South Sudan and for Sudan are attending the 10-day Plenary Assembly.

“The Cardinal from Ethiopia and Bishop Kimaryo have been meeting the local ordinaries of Sudan and South Sudan,” Father Jacob told CANAA on Wednesday evening, adding, “Earlier, Cardinal Bernheyesus had a phone conversation with Cardinal emeritus Gabriel Zubeir of Khartoum Archdiocese.”

Founded by Religious Superiors’ Association of South Sudan (RSASS), Kit is a center for human, pastoral and spiritual formation, peace building and trauma healing for South Sudanese and Church personnel including the laity, clergy, and religious.

It was officially opened in October 2016 at a ceremony presided over by the Apostolic Nuncio to Kenya and South Sudan, Archbishop Charles Daniel Balvo.