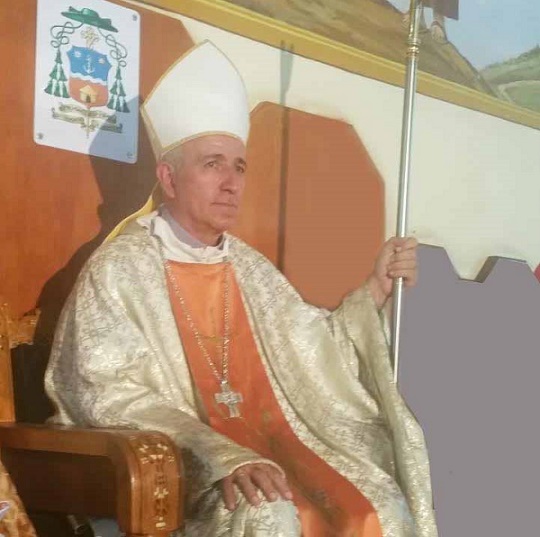 The Catholic Church in Ethiopia has welcomed a new member to the Catholic Bishops’ Conference in person of Bishop Roberto Bergamaschi who was consecrated Sunday, October 9 at Our Lady of Perpetual Help Catholic Cathedral in Hawassa Town, Southern Ethiopia.

A member of the religious Congregation of the Salesians of Don Bosco, Bishop Roberto Bergamaschi becomes the Apostolic Vicar of Hawassa, officially taking over from the late Comboni Missionary Bishop Giovanni Miglioratti, who was called to the Lord on 12 May, 2016 in his native country of Italy where he had gone for treatment.

Pope Francis appointed the newly consecrated Bishop on June 29 and assigned him the titular see of Ambia.

The Eucharistic celebration at which Bishop Bergamaschi was consecrated was presided over by the Archbishop of Addis Ababa, Berhaneyesus Cardinal D. Souraphiel and graced by the Apostolic Nuncio to Ethiopia Archbishop Luigi Bianco and the Catholic Bishops of Ethiopia.

In his Homily, Cardinal Souraphiel said that the new Bishop is taking on the task of spreading the Good News that was entrusted to the Apostles by Our Lord Jesus Christ and that he needs support.

“He is given the big task of witnessing the Gospel and inspiring the spirit of Justice and Sainthood, thus from today onwards you must respect our dear brother Bishop Roberto for he is your new shepherd and pray for him for it is when we stand by him and let ourselves be guided by him he can be successful in achieving his task,” Cardinal Souraphiel said.

He also asked the Apostolic Vicar of Hawassa to always remember that being a Bishop is not a title of authority but of service and he has been called God to be among the people and work with the people.

The Cardinal said, “Just as Our Lord told Jeremiah that he must not fear to go forward as He will be with him, you are also not alone for God is always with you and brother Bishops, priests, religious Men and Women and the faithful are with you to support you in your service.”

He concluded his Homily by asking the faithful to keep on praying for love and peace and urged them to always be instruments of peace.

On his part, Bishop Bergamaschi expressed his gratitude for being given the opportunity to serve the people in the Apostolic Vicariate of Hawassa and the Church in Ethiopia saying, “I have spent most of my years of service in Ethiopia, I consider this country my country. I have learned from the people of Ethiopia much wisdom, our people respect the elders and if we continue to pray and work with the elders I believe the challenges will be solved soon.”

He added, “The will of God has brought me to Ethiopia as a missionary and now he has entrusted upon me the task of leading His people in the Apostolic Vicariate of Hawassa, everything happens because it is His will and if we follow his will everything will be successful.”

He asked the priests, religious, catechists and the faithful to support him in his ministry saying “service of the Church is not a private effort but it is a task entrusted to all of us, by working together hand in hand we will make our Vicariate a paradise.” He concluded by asking the prayer of all for the success of his service.

The event was attended by Bishops, priests, the religious, leaders of different religions, representatives of the government officials and the lay faithful.

Meanwhile, religious leaders in Ethiopia under the umbrella body of the Inter-religious Council released a press statement about the situation in the country. The original statement, dated October 6, 2016 was in Amharic.

Here below is an unofficial translation by Ethiopia Catholic Secretariat (ECS) availed to CANAA on Thursday, October 13, 2016.

Religious Leaders of Ethiopia on the Current Situation of the Country 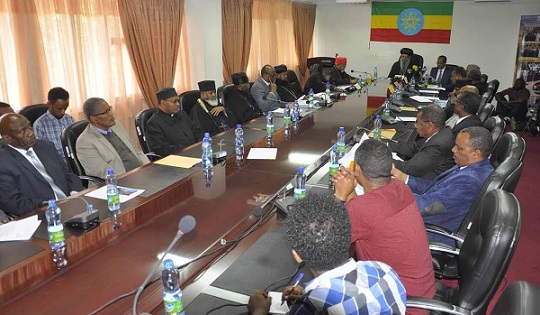 We the Religious Leaders of Ethiopia firmly believe that Peace is a priceless Grace from God. It is possible to worship with a calm spirit only when there is sustainable peace. Thus we preach that peace is the foundation for everything. Our history also coincides with this religious teaching. We Ethiopians have lived together through the ages sharing our joys and grieves, problems and challenges; and we are still practicing the same value.

However because of the violence that have been taking place in some areas of our country in recent times precious lives of people have been lost, spiritual and physical injuries has been caused, properties have been destroyed.

We the religious leaders of Ethiopia have been engaged in various discussions with the Prime Minister of Ethiopia and government officials to request that the concerns of the public must be heard and given immediate response; it is also to be recalled that we have also delivered messages repeatedly regarding this. We have also called on the faithful on different occasions to observe fasting and prayer for peace and calm. Nevertheless, the peace of our country has declined from time to time. This has become a big concern for us religious leaders. We are deeply saddened by the lives lost recently because of the chaos that took place at the celebration on ‘Erecha’ on October 2, 2016 in Bishoftu Town, we pray for the consolation of the bereaved and the people of Ethiopia and transmit the following messages:

God bless Ethiopia and Her people!

Leaders of Inter-religious Council of Ethiopia