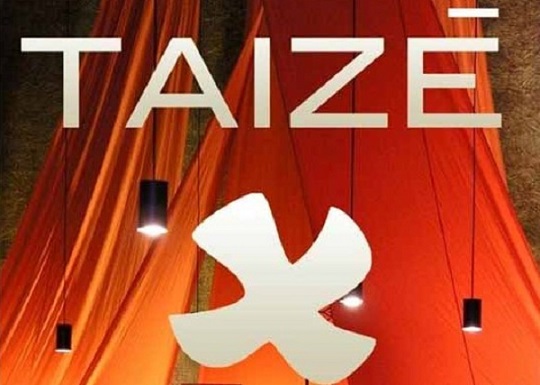 7500 youth from across Africa meet in Cotonou from the 31st of August to the 4th of September for a Pilgrimage of Trust led by the Taizé Community.

At the invitation of the Catholic Church and the Methodist Protestant Church of Benin, the Taizé Community will hold, from August 31st to September 4th, an international youth meeting in Cotonou.

After Johannesburg (1994), Nairobi (2008) and Kigali (2012), the meeting will be the fourth African stage of the Pilgrimage of Trust initiated by the community for thirty-five years.

The Cotonou meeting will bring together more than 7,500 participants from 18 to 35 under the theme ‘Together seeking paths of hope’. They will come from Benin, other west-African countries, the rest of Africa and Europe. Apart from Benin, the largest groups come from Togo (one thousand participants), Nigeria (700), Ghana (100), Burkina Faso (170), Côte d’Ivoire (60). In total twenty African countries will be represented as well as fifteen other countries.

The aim of this gathering is to enable young adults to deepen their faith and experience fraternity and sharing across borders, in the diversity of cultures, languages and church traditions. The meeting will be held at three levels: in families where participants will be accommodated (three thousand families have offered hospitality to visitors), in neighborhoods for the morning program (forty-four parishes, Protestant and Catholic, are hosting participants), at collège Père Aupiais, where all participants will convene together every afternoon. There, they will receive their meals and will meet for common prayers under a large tent.

Each afternoon participants can choose between ten proposals in a range including a place of individual silence, workshops and teachings on matters of faith or society and cultural events. Among others, a forum where delegations from the various countries will present songs and dances, a concert of African music, an exhibition of artists… Father Justin Bocovo will facilitate two workshops: “Discovering and loving our neighbor, believer of Islam” and ” What can we live with the believers of traditional African religions? “. Entrepreneurs, including Mr. Albin Feliho, president of the National Confederation of Employers of Benin, will share their experience: “Creating your own job, an opportunity for every young African.” Two former health ministers, Professors Flora Ganbo and Dorothée Kinde-Gazard will develop a reflection on “Christian and politics”. Catholic or Protestant theologians, couples, agronomists, engineers, young people, but also children with disabilities, people engaged with the marginalized, will join the participants and share with them their commitment.

Brother Alois, prior of the Taizé Community, will speak during prayers that will gather every day all participants under a large tent built on the college’s sports field. He will also facilitate three afternoon workshops.

For several months a choir has rehearsed to prepare for the celebrations. A team of one hundred professionals installs a field kitchen to prepare meals. Teams of volunteers will organize the welcome and the logistics required. The Benafrique bus company will provide shuttles between the parishes and the collège Père Aupiais, site of joint activities.

Program of the meeting available here…