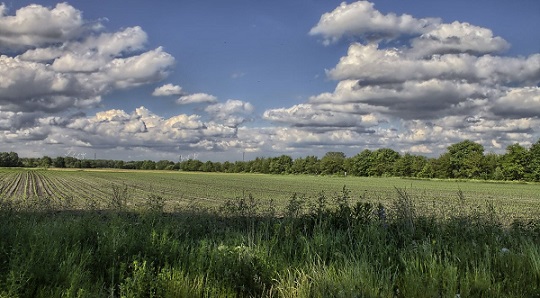 The history of land dispossession in South Africa has been argued and studied and analysed for years. Land was one of the major issues in the struggle against colonialism and apartheid, and thus also a significant point of contention at the negotiations that gave birth to the Constitution of the country in 1996. This led to what became known as the ‘property clause’ in the Bill of Rights, and has resulted in many arguments and disputes about what the Constitution really says on the question of land dispossession and redress by the state. What is accepted by most people is that land ownership patterns in South Africa are unequal, unjust, and detrimental to the fabric and functioning of society. In addition, land ownership is widely considered as a crucial way of dealing with poverty and social inequality in the country. The question, then, that is assuming ever greater importance and urgency is how to change ownership patterns and to include the previously excluded.

The 1993 interim constitution as well as section 25(7) of the 1996 Constitution and the Restitution of Land Rights Act 22 of 1994, all dealt with land dispossession. It is often wrongly argued that section 25 of the Constitution not only protects land owners and entrenches their right to land ownership, but also that it is the biggest barrier to land reform and land restitution. The section has also been incorrectly interpreted to mean that land can only be acquired through the ‘willing buyer-willing seller’ principle. However, all that the section says is that no one shall be deprived of their property arbitrarily; whenever land is repossessed or expropriated, as section 25(2) says

can be done, the process must be procedurally correct and just to everyone. In fact, section 25(7) gives a clear right of ownership to those who lost their land under past unjust laws, and clearly calls for these rights to be redressed. Even if the Constitution was amended to allow for expropriation without compensation, the state would still have to satisfy the constitutional demand that the process must be just and fair to everyone.

The post-1994 land restitution programme was subject to three important limitations. Firstly, it had a 1913 cut-off date; secondly, the focus was on major community dispossessions that could very easily be historically confirmed; and finally, there was an end point on 31st December 1998, after which claims could not be made. As a result, land taken before 1913, and land taken from smaller groups and/or individuals that had neither the capacity nor the evidence to prove dispossession, could not be restored. In addition, individuals and communities who, for various reasons, had not managed to lodge claims in the four years up to December 1998, were excluded from doing so. To address some of these concerns, in 2014 the process was reopened but it then stalled due to legal challenges in the courts. This has meant that many of those who had no means to reclaim land they had lost, or who were simply prevented from legally owning land in the past, remain landless.

But what is the state of land ownership at present?

4. Ownership and Other Forms of Tenure

Some have made the valid point that it is not necessary for people to own land, but rather that their rights of access be secured.

There are many different forms of land tenure in South Africa, with direct land ownership being one BP 430: Alternative forms of Land Ownership 2

of them. Other forms of tenure include communal land (as in community property associations), commonage land, joint ventures, and various forms of leasing or renting.

‘Land tenure’ refers to the terms and conditions on which land is held, used and transacted and, as noted, it is a broader concept than just land ownership.

Its main purpose is to enhance and secure peoples’ land rights, whatever they are. Rules of tenure indicate how property rights are to be allocated within society. This is to ensure that arbitrary depravations and evictions, landlessness, and general property insecurity, are avoided, as well as to ensure that rights holders are able to invest in the land and use it sustainably.

The communal land tenure policy deals with tenure systems affecting mostly rural land occupied by African communities. It refers not to ownership but to ‘use rights’ enjoyed by communities. ‘Communal property signifies the collective relationship between people and their shared land. The policy seeks to reform communal tenure so as to ensure the security of land rights and production relations for people residing in communal areas by establishing institutionalised use rights, especially for households and other users, which will then be administered either by traditional councils in areas that observe a customary law or communal property outside these counsels.

Though the values underlying this system are considered a continuation of old forms of traditional land tenure in African communities, the question of who actually owns the land is still a contested one. There is no clear agreement as to whether the land belongs to the state, the tribal councils, the chiefs and other traditional leaders, or to the communities living on the land.

Commonage refers to land owned by a municipality under the Department of Land Affairs’ Municipal Commonage Programme of 1997, where land was availed mainly for use by poor or subsistence farmers to graze livestock and for small-scale allotment farming. Subsistence farmers are thus able to make use of commonage to supplement their income, as well as to provide for household consumption. Commonage was seen as a stepping stone to more commercial forms of farming, but also for giving subsistence farmers access to agricultural land without them actually having to buy or own large pieces of land for their exclusive use.2

A similar programme is referred to as the ‘One Hectare One Household’ plan, where one hectare of land is allocated to every needy household. The land to be allocated will be acquired by the state and surveyed, and land-use plans will be drawn up, with a title deed issued to each household. Any surplus land that is left over after each household is allocated their one hectare, will be communally owned and designated for collective use. The idea is to then promote the formation of co-operatives linked to agri-parks.3

There are several collective schemes ranging from ‘Strengthening the Relative Rights of People Working the Land’ (colloquially known as the 50/50 voluntary share scheme), to other ‘Equity Share Schemes’, and ‘Out-grower/contract’ farming.

These ventures refer to new farmers being given land reform subsidies by government so as to enable them to acquire shares in existing agricultural enterprises. However, this does not include land ownership rights. The idea behind joint ventures is that outside help or investment is needed to sustain agriculture and to improve productivity and livelihoods. Such ventures may be able to offer local communities sustainable development over a period of time.

These forms of ‘ownership’ have come under criticism mainly because they do not actually include ownership of the land or the farm, but simply provide equity in what is owned by someone else. Thus the relationship between the various partners becomes unequal. Some have argued that the relationship between the mainly white farmers who own the land and the new black farmers who own equity becomes characterised by paternalistic attitudes. Even worse, the new equity partners have no actual say in the running of the farm, and since they have no rights of residence on the land, they can be evicted from it.4

Individual ownership of land is the most common form of ownership, and most of farming land is often owned individually and handed down through families. This is the form that dominates BP 430: Alternative forms of Land Ownership 3

This Briefing Paper, or parts thereof, may be reproduced with acknowledgement.

the housing market as well, where it is supported by the possession of title deeds and the cadastral system. There has been an attempt to promote this form of ownership even for traditional communal land, arguably to allow for it to be used as bankable collateral, thereby facilitating economic activity with the land as an asset. Those opposing the turning of communal land tenure into individual land ownership point to the complexities of familial and gender conflicts, and the possibility of land being sold off by poor people, leaving them and their families even more destitute.

Other forms of group ownership have been tried, including trusts and Community Property Associations (CPAs). Because these are actual forms of ownership, and not just equity, they have the advantage that everyone’s voice is the same. However, like everything that is collectively owned, consensus is often very difficult to achieve. There have been other problems with these schemes and new legislative amendments are presently before Parliament to deal with some of the challenges.

Coupled with this form of ownership especially of agricultural land are various programmes to support the previously excluded in the development of the land. These programmes include the Settlement Land Acquisition Grant (SLAG), and Land Redistribution for Agricultural Development (LRAD). It is noteworthy that government has also come up with systems of tenure where the state owns the land and leases it out to beneficiaries for production, reserving the right to revoke the lease should the beneficiaries fail to deliver in terms of production. The Proactive Land Acquisition System (PLAS) is one such scheme, with the aim of leasing out the land rather than transferring ownership.

But the question of actual ownership is important for many other reasons. These range from the ability to trade in land because one actually owns it; to the right to decide how land can and should be used because one owns that land; to being able to bequeath land to one’s children or the next generation; to the ability to use the land for any social and economic activity that allows for development; to the power to determine social access by others. But more important in a country with South Africa’s history of dispossession, ownership of the land allows for a healing narrative of liberation and restitutive justice where those who had been previously dispossessed can truly say that the land has been returned to them. And even beyond this narrative, the glaring, racially-defined inequalities that still dictate our spatial geography can begin to be reduced and normalised.

Sondré Bailey is master’s student in political science at the

University of the Western Cape, currently completing a semester