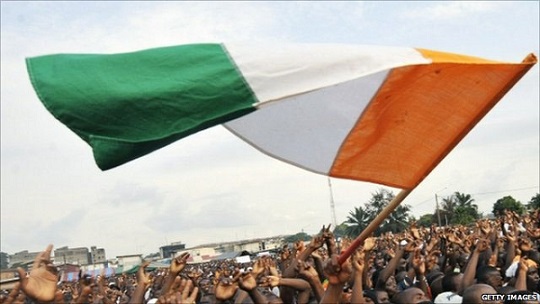 Catholic bishops in Ivory Coast have launched a campaign of fasting and prayer for peace after a wave of army mutinies and civil service strikes.

In a message published Jan. 23, the bishops spoke of the people’s “social malaise” and said the current unrest, “far from calming spirits, is inciting passions and anxieties.”

“We immediately invite all elements of society to gather round a single table and debate all issues relating to security, high costs of living, youth unemployment and working conditions,” the bishops said.

The bishops thanked the government of President Alassane Ouattara for attempts to develop the French-speaking country, but they urged greater efforts to “redistribute the fruits of growth” and ensure equal justice and security guarantees for all.

The message added that the fasts and prayers would start Jan. 25 and include Masses for peace in Catholic parishes Jan. 29.

“Some of our compatriots are still unjustly detained in prison, while others live in exile, and combatants and military personnel implicated in the successive crisis which shook our country are uneasy about their future,” the bishops said.

“Many youngsters who hoped for a better life are expressing disappointment and bitterness more and more. If we are not careful, this worsening climate risks gravely compromising all registered gains, the fruits of our work,” the bishops said.

The bishops said they understood people’s frustrations because, for many years, “you legitimately hoped for a better life for yourselves and your offspring, and yet you see no dawn on the horizon.”

“Yet you could still offer Ivory Coast the chance to advance on a path of prosperity for all — and we, your bishops, stand ready to accompany a process of dialogue and reconciliation,” they said.

Catholic priests and Muslim imams staged joint prayers Jan. 20 in Bouake, one of the cities affected by army unrest, while Muslim leaders in Abidjan also launched a peace appeal Jan. 21, warning that disputes within the security forces had caused alarm “when most West African countries face a challenge from terrorism and transnational insecurity.”