In Cameroon, Religious Leaders Worry about Secession, Rise of ‘Ambazonia’ 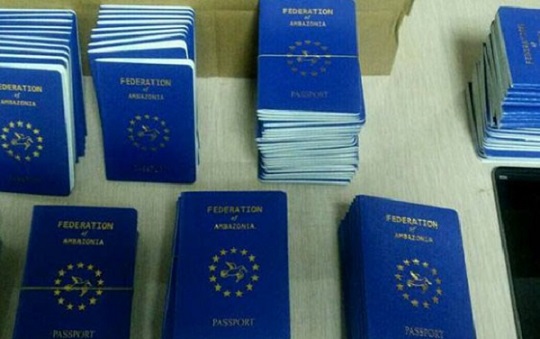 In Cameroon, Religious Leaders Worry about Secession, Rise of ‘Ambazonia’

After Kurdistan and Catalonia, a restless region in Cameroon is moving towards secession — in this case, the English-speaking minority concentrated in the west of the majority French-speaking African nation of Cameroon. Catholics and leaders of other religious groups are appealing for calm, while both sides seem to be preparing for conflict.

In the wake of controversial independence votes in both Kurdistan and Catalonia, religious leaders in Cameroon are expressing concerns that similar calls for secession by some English-speakers could degenerate into violence that would shake the very foundations of the country’s much-hyped peace.

The secessionists have said that October 1 will be the day the Southern Cameroons will regain their independence from what’s officially known, in French, as the La République du Cameroun (“The Republic of Cameroon”.)

The Southern Cameroons is the part of the country initially administered as a UN Trust territory before independence in 1961. It reunited with French-speaking Cameroon that same year, following a UN-brokered plebiscite. The two parts formed a Federal Republic which was, however, scraped in 1972 after a controversial referendum that gave rise to a United Republic.

Even that formula was abolished in 1974 with the establishment of a Republic of Cameroon.

These mutations have been seen by many Anglophone Cameroonians as a calculated attempt to destroy everything they brought into the union, including their educational and legal systems.

Those feelings boiled over last October, when teachers and lawyers took to the streets in protest over the use of French in Anglophone schools and courts. But what started as simple strike actions soon coalesced into popular demands for the independence of “Ambazonia” – the putative name given to what could potentially be Africa’s newest country.

On September 22, 2017, tens of thousands of “Ambazonians” took to the streets in the two English-speaking regions of Cameroon in peaceful demonstrations. Armed with green leaves, they chanted freedom songs and what they have crafted as their National Anthem – an anthem that “Hails this land of Glory” to which “We the Ambazonians pledge our loyalty.”

At least eight people were killed that day. But the secessionists have said they will brave police brutality and declare their independence October 1. The chairman of the governing Council of Ambazonia, Sisiku Ayuk Tabe, has issued a timetable for the independence celebration.

“From Sunday, Oct.1, to Tuesday, Oct. 3, we will celebrate the restoration of our statehood,” he said in a YouTube message.

He said the Southern Cameroons was on “the last bend to home. Buea is calling, and we are going to get to Buea.”

Buea (pronounced “boy-ah”) was the capital of the then British Southern Cameroons-the part of Cameroon administered as a UN Trust Territory under Britain. The secessionists say it is going to be the capital of Ambazonia.

“They have fought us, they have threatened us, but like one person, we have stood firm, because we are going to win,” Tabe declared.

“We have come too far and there is no turning back. The only place where we will end this struggle is in Buea.”

Tabe said if President Paul Biya doesn’t start solving the problems between “Ambazonia” and The Republic of Cameroon, he will be forced to have a “very hostile relationship with the new nation. The choice is his today, the choice tomorrow will be ours.”

Describing the military forces that have been deployed to the two regions as a force of occupation, he said such use of force will not deter Southern Cameroonians from “reclaiming what is rightfully theirs.”

He said the right to self-defense is a basic human right, and Southern Cameroonians will have to use it to good effect.

The threat to carry out its independence declaration despite the enormous military deployment in the two English-speaking regions is raising concerns amongst the clergy that Cameroon’s legendary peace could at last be shattered.

“From the start of this Crisis, we in the Catholic Church said the best option was dialogue,” the President of the National Episcopal Conference of Cameroon, Archbishop Samuel Kleda told Crux.

“Let the parties come together on the dialogue table. Let them clearly identify the problems and seek solutions to those problems.”

The cleric said the problems in Cameroon are a result of injustice that’s not limited to the English-speaking parts of the country.

Rev. Dimitri Téné, the Vicar General of the Orthodox Church, said it’s foolhardy to try to divide a country that has been reunited for over 50 years today, while Imam Adamou Mana of a Yaounde-based mosque said, “Cameroon is stronger as a united people.”

Even as he advocates peace, the emeritus Catholic Archbishop of Douala, Cardinal Christian Tumi, said the over-concentration of power at the center in Cameroon forms the heart of the problem.

Taking a swipe at the decision to scrap the Federal Republic in favor of a united republic in 1972, Tumi said that with federalism, “Cameroon was well-managed, development was on. There was a prime minister in the two parts of the country.”

As the two sides continue to bicker, the United Nations Secretary General has expressed concerns “about the situation in Cameroon, including with regard to the recent security incidents in Bamenda and in Douala, and mounting tensions in the South-West and North-West regions related to planned events on 1 October.”

Meanwhile, the UN Secretary General has expressed concerns about what is going on in Cameroon, and has called on the government to tackle “the root causes” of the crisis.

He said the UN upholds “the unity and territorial integrity of Cameroon and urges all parties to refrain from acts that could lead to an escalation of tension and violence.”

He called for dialogue between the government and the communities in the South-West and North-West regions as the best way of preserving peace in Cameroon.