Grave of Cameroonian Bishop Who Died Under Suspicious Circumstances Desecrated 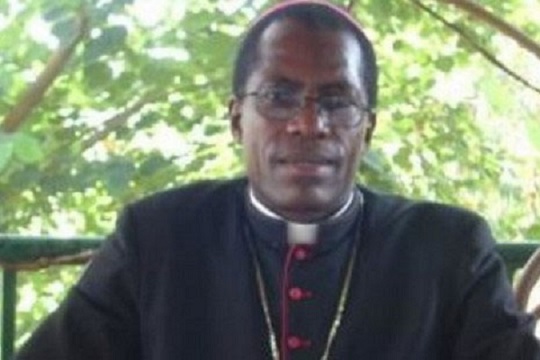 Grave of Cameroonian Bishop Who Died Under Suspicious Circumstances Desecrated

The grave of Bishop Jean Marie Benoît Bala of Bafia, whom the Cameroonian bishops’ conference claims was murdered, was found desecrated with traces of blood on Monday, prompting the temporary closing of the cathedral where his body rests.

Bishop Bala disappeared in late May, and his body was found a few days later in the Sanga River. The Cameroonian bishops’ conference has asserted he was murdered, based on autopsy results, though civil authorities do not share the bishops’ conclusion.

Local sources have now reported that Bishop Bala’s grave in Bafia’s San Sebastian Cathedral was desecrated sometime between the night of Aug. 27 and the morning of Aug. 28.

“There was a clear act of desecration in the cathedral of Bafia in the night…Traces of blood were found in the cathedral” on the grave of Bishop Bala, said Bishop Sosthène Léopold Bayemi Matjei of Obala, according to Agenzia Fides, a news service of the Pontifical Mission Societies.

“The cathedral is closed to public worship until a penitential rite will be celebrated as prescribed by the Code and the liturgical rite” because of the nature of the desecration, Bishop Bayemi added.

Bishop Bala, who was 58, disappeared the evening of May 30 after being seen leaving his residence alone. His body was found in the Sanga River June 2, about 10 miles from his car, in which was found a note that reportedly read: “Do not look for me! I am in the water.”

The note gave rise to the suspicion that Bishop Bala had committed suicide, but the Cameroonian bishops later determined that he had been murdered, based an autopsy report that showed he had not died by drowning, and that there were signs of torture on his body.

While local government authorities ordered investigations into the death, they have maintained that Bishop Bala committed suicide. The results of two autopsies conducted by Cameroon’s bishops were never made public. An investigation commissioned by the intergovernmental organization Interpol concluded Bishop Bala had died by drowning.

The bishops of Cameroon have called on local authorities to further investigate the case and to make clear the true cause of Bishop Bala’s death. They have also noted there have been a number of clerics and consecrated persons whose murders in the country have never been solved, including: Fr. Joseph Mbassi, killed in 1988; Fr. Antony Fontegh, 1990; Archbishop Yves-Joseph-Marie Plumey, 1991; a group of religious sisters in Djoum, 1992; and Fr. Engelbert Mveng, 1995.

In a June statement, the bishops asked the government “to shed complete light on the circumstances and the motives” for Bishop Bala’s murder and that those responsible be identified and handed over to the authorities.