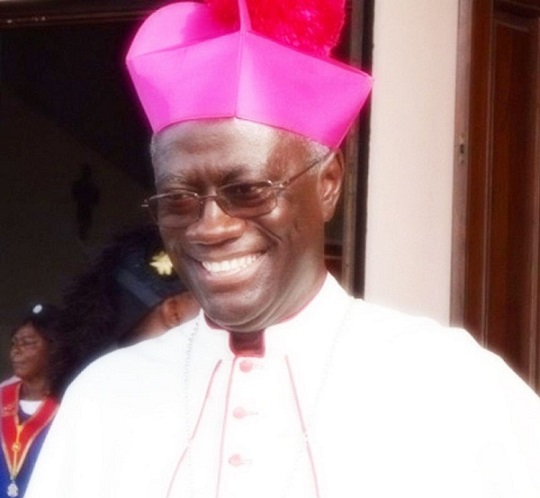 The Catholic Bishop responsible for the Commission of Education under the national Bishops’ Conference, John Bonaventure Kwofie, CSSp, has lauded the government’s intention to hand over mission schools in the country to their original owners.

The Minister of Education, Dr. Matthew Opoku Prempeh, at a stakeholders meeting on education in Kumasi on May 17, hinted that the government was in the process of returning the management and supervision of mission schools to religious institutions.

“We received the news of the government’s intention to return Mission Schools with great joy. This has been the wish of many for so long,” Bishop Kwofie said in response to a questionnaire sent to him by the Catholic Standard.

Bishop Kwofie who is the prelate of the Catholic Diocese of Sekondi-Takoradi noted that the government gives assistance to Churches because it was its responsibility to educate the population.

He however observed that “educating the population of a country is an immense duty that the State cannot do alone.”

Bishop Kwofie went on to say, “The churches, therefore, collaborate in this enterprise. This assistance, however, evolved into what seemed like taking over the schools from their rightful owners who have, in some instances, been relegated to the background on account of the lack of clear policies or agreement.”

He added, “I think returning the mission schools to their owners is a way of recognizing the contribution religious bodies have made and the purposes for which they founded mission schools.”

Bishop Kwofie noted, “When the Church calls for the return of the mission schools to their owners; we are saying that something has gone wrong in the collaboration between government and religious bodies in the handling of our schools. We are saying that mission schools were founded for goals and purposes that must be recognized and that things have to be done the right way so that the goals and purpose for which the schools were founded would be attained.”

The Christian Council of Ghana has also lauded the government’s move but was of the view that the government and the religious bodies convene a meeting to draw a road map towards releasing the schools.

In another development, the General Manager of Catholic Education Unit, Mrs. Doris Ashun, has called on education Co-ordinators and local managers to assist regional managers of education for the smooth management and supervision of the Catholic Schools.

She said due to the large expanse of jurisdiction covered by regional Catholic education unit office, it is expedient on the part of the Local Managers and Co-ordinators to co-operate with the Managers in the Unit Office.

In an interview with The Catholic Standard, Mrs. Ashun lamented that recent developments of sidelining managers of mission schools and the delay in the signing of the memorandum of understanding between the government and the religious bodies had “led to the reduced interest in the Missions sinking money into their schools.”

She noted that regional managers had a whole region as their territory of operation and apart from supervision, one must ensure that religious discipline of the Church is adhered to.