Focus on Witchcraft at Exorcists’ Summit Signifies a Paradigm Shift 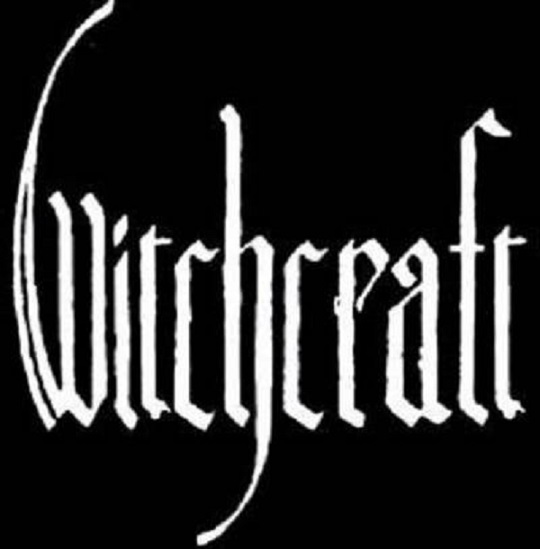 Focus on Witchcraft at Exorcists’ Summit Signifies a Paradigm Shift

For most Americans and Europeans, the global north-south shift in the Church’s center of gravity over the last half-century truly comes home when they look around at priests and nuns these days, and see swelling numbers of Filipinos, Indians, Nigerians, Koreans, and multiple other nationalities.

St. Pope John Paul II used to say that the global south is materially poor but rich in humanity, and all you have to do is look at who’s keeping the Church afloat in most parts of the world to confirm the point.

However, the demographic transition that now sees two-thirds of a global Catholic population of almost 1.3 billion living in the southern hemisphere is also taking hold in other ways as well, including the Church’s perceived sense of pastoral and theological priorities. Oddly enough, a 13th annual course for exorcists being held this week at Rome’s Regina Apostolorum University offers one such sign of the times.

Launched in 2004, the course is designed to offer resources to priests who practice the formal ministry of exorcism as well as laity who engage in the more amorphous practice of “prayers of liberation,” though organizers are always at pains to insist it’s not a “school for exorcists,” since ultimately only a bishop can actually commission a priest to perform the rite.

Laying out this year’s edition on Monday, Professor Giuseppe Ferrari, who heads the “Group for Socio-Religious Research and Information” which sponsors the annual gathering, went over the history of the course and also what’s new in the 2018 edition.

One novelty, Ferrari said, is that for the first time, the course will feature a section on witchcraft in Africa.

“We will deal with the theme of the kidnapping and murder of children for ritual sacrifice, linked to witchcraft, in order to obtain favors for clients,” he said, calling it a “cruel and inhuman practice.”

The strong practical appeal of witchcraft and magic across much of the developing world also became clear on the opening day, after 89-year-old Cardinal Ernest Simoni gave a heartfelt talk about his decades of experience performing exorcisms (always in Latin, and always according to the 1884 formula issued under Pope Leo XIII.)

During the Q&A that followed, an Indian priest currently serving in Dubai rose to ask a question.

“Many Muslims come to our place, even highly educated ones,” he said. “They say, ‘Father, someone has done black magic on me, can you pray over me and remove the devil?’”

“What’s the best way,” the priest asked, “to help these people?” He added that “many come from Lebanon with similar problems.”

In substance, Simoni replied that exorcism is for everyone, without distinctions of religion: “The grace of the Holy Spirit will redeem us all.”

To say the least, these aren’t generally the topics that would have surfaced not so long ago in a typical priests’ meeting in the United States or Europe, but as Catholicism becomes increasingly a Church led by the developing world, it’s not just its face that’s changing, but also its voice.

Among bishops and clergy of the global south, witchcraft long has been a burning pastoral concern.

In August 2006, the Catholic bishops of Southern Africa, which includes South Africa, Swaziland and Botswana, issued a pastoral letter warning their priests not to moonlight as witch doctors and fortune tellers. Many in Southern Africa turn to sangomas, or traditional healers, to cure illness, ward off evil spirits and even improve their sex lives, and some priests apparently have grafted that role onto their other pastoral tasks.

While Northerners may see magic and witchcraft in largely benign terms as a form of New Age spirituality, across the South the working assumption is that magic and witchcraft are real but demonic, so the proper response is spiritual combat. The famed Methodist Yoruba scholar Bolaji Idowu has written, “In Africa, it is idle to begin with the question whether witches exist or not…To Africans of every category, witchcraft is an urgent reality.”

It’s also a matter of life and death. Secretive cults on Nigeria’s 100 university campuses, with names such as “Black Axes” and “Pyrates,” often practice juju, or black magic, to terrify their rivals, and violent struggles between these cults have left hundreds dead.  In 2007, a gang of villagers in Kenya beat an 81-year-old man to death, suspecting him of having murdered his three grandsons through witchcraft.

In February 2007, the Catholic University of East Africa in Nairobi, Kenya, held a three-day symposium on the pastoral challenge of witchcraft. Experts warned that witchcraft was “destroying” the Catholic Church in Africa, in part because skeptical, Western-educated clergy are not responding adequately to people’s spiritual needs.

“It is important for the Church to understand the fears of the people, and not to attribute them to superstition,” said Michael Katola, a lecturer in pastoral theology. “Witchcraft is a reality; it is not a superstition. Many communities in Kenya know these powers exist.” Katola warned that inadequate pastoral responses are driving some Africans into Pentecostalism.

“Many of our Christians seek deliverance, healing and exorcism from other denominations because priests do not realize they have redemptive powers,” he said. “If we don’t believe in the existence of witchcraft as Satanism, then we cannot deal with it.”

Sister Bibiana Munini Ngundo said that the Catholic Church has not paid sufficient attention to “integral healing,” leading people to put their trust in diviners and magicians. Father Clement Majawa of Malawi listed 14 categories of witchcraft practiced in Africa, and argued that the Church’s denial “only escalates the problem.”

“Since Christ in the gospels encountered the devil, it is proper for Christians to accept the reality of witchcraft,” Majawa said.

I used to say that we’ll know the global south has arrived in terms of setting the tone in Catholicism when popes and the Vatican’s Congregation for the Doctrine of the Faith give us documents on the pastoral approach to polygamy, not divorce, whenever marriage is in the air. Perhaps another test will be when we get texts on witchcraft rather than women’s ordination or some other hot-button Western issue.

And that, in short, is what living through a paradigm shift feels like.