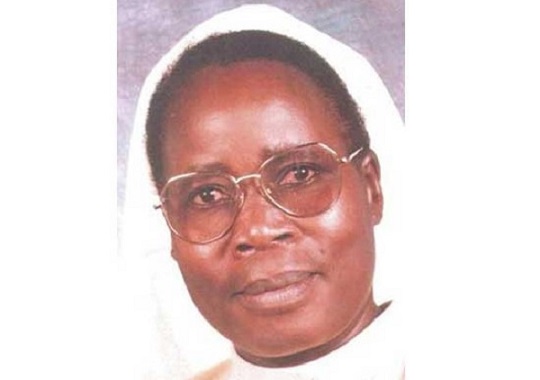 The death of Sr Anne Nasimiyu-Wasike last week, after a short illness, has robbed both the Catholic Church and country of one of the finest educationists of our time.

She served at Kenyatta University for 24 years, rising through the academic ranks from lecturer to full professor in the Department of Philosophy and Religious Studies, during which she taught and mentored thousands of students.

Besides being a university don, she was a dedicated nun who was elected for two terms, each of six years, as the Superior General of the Little Sisters of Saint Francis with their headquarters in Nkokonjeru, Uganda.

This is the most senior position in her religious congregation comprising of over 770 members who serve mainly in schools and hospitals in Kenya, Tanzania and Uganda.

A prolific author of books and articles on education, ethics and the empowerment of the poor, she was also a well-known editor of several publications.

These included Acton, founded by Prof J N K Mugambi of the University of Nairobi in 1992 to promote African scholarship not only in theology but also in other disciplines.

In partnership with Prof Mary Getui of the Catholic University of Eastern Africa, Sr Nasimiyu-Wasike, the scholar injected a strong gender perspective in the editorial content of Acton publications.

Apart from writing, she was an invited speaker at numerous national and international conferences.

When debate on the review of the Kenya Constitution kicked off with the introduction of multi-party politics, she made a major input on the gender dimension in the crafting of laws.

A powerful orator, she addressed the United Nations General Assembly Special Session in 2001 on the plight of women and the girl-child in Africa in the age of HIV/AIDS. She was a founder member of the Ecumenical Association of Third World Theologians.

Trained as a teacher, she received her Master of Arts degree in Religious Education at Gannon University, Pennsylvania, USA, and her PhD in Systematic Theology from Duquesne University in the same state.

The official website of the Department of Theology at Duquesne states that Sr Nasimiyu-Wasike was the first African woman to obtain a degree in Catholic theology from that university in 1986.

The same source adds that she was a highly respected budding scholar during her graduate studies in Duquesne.

On returning to Kenya, she joined Kenyatta University as a lecturer in the Department of Philosophy and Religious Studies. Soon her responsibilities went beyond instructing students to forming persons of character.

She was appointed the Director of Student Affairs. Here she was a mentor who had a great passion for the success of her graduate and undergraduate students.

The nun was immensely concerned with the plight of the poor and always sought ways and means of improving their lot and well-being.

It was in this context that she gave an interview to the British Broadcasting Corporation in 2003 on the subject of poverty and the rising rate of abortions in Kenya.

Some interpreters of her statements understood her position to be at variance with the official stance of the Catholic Church, igniting a major controversy. In subsequent discussions with Church authorities both in Kenya and at the Vatican, she clarified her position to the satisfaction of all parties concerned.

Rev Sr Prof Anne Nasimiyu-Wasike was a good organiser and administrator who worked hard for the empowerment of others, equipping them to serve.

Thanks to her efforts, scores of nuns in her congregation accessed university training, especially as teachers, and are now running highly successful schools such as St Mary Mount Molo and Mount St Mary’s College Namagunga, Lugazi, Uganda.

Her predecessor as superior general, Sr Irimina Nungari, and the current head of the Little Sisters of Saint Francis, Sr Cecilia Njeri, credit her for championing the organization of the archives of their congregation as well as drawing solid development plans.