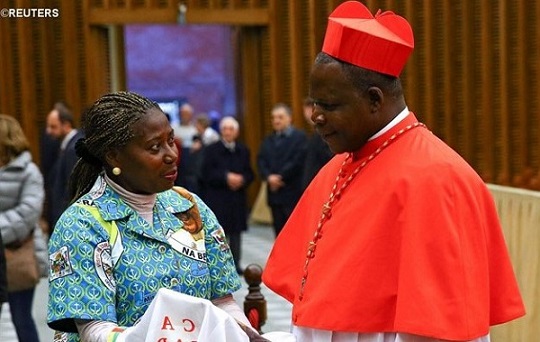 President of the Association, “Friends of Central Africa” (Amici per il Centrafrica), Pierpaolo Grisetti announced that Cardinal Nzapalainga would visit Limido Comasco, a municipality in the Province of Como situated in the Italian region of Lombardy, near Milan.

“We are very pleased to open the house of “Friends of Central Africa” to Cardinal Nzapalainga, thus returning the warm reception that has always been accorded us during our meetings in Bangui,” Grisetti said.

While in the region, the Cardinal is also a guest of the Archdiocese of Milan’s Pontifical Mission Societies.

The association “Friends of Central Africa, “was founded in 2001 by the late Carla Pagani who gathered friends and volunteers together. Today thanks to their efforts and generous contributions from the public, the association supports some of the Church’s humanitarian projects in the Republic of Central Africa.