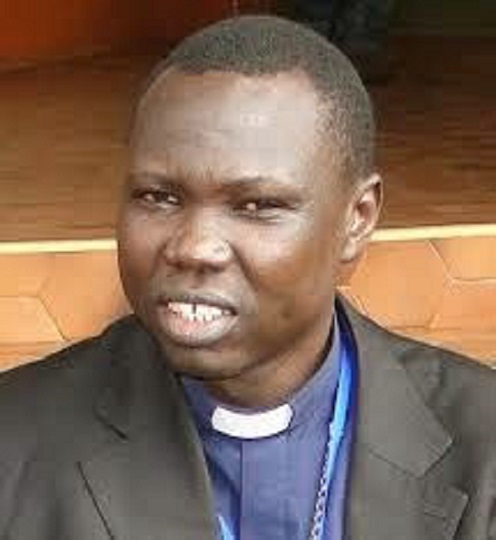 The Auxiliary Bishop of the Catholic Archdiocese of Juba in South Sudan, Bishop Santo Loku Pio has described as “a political prayer (and) a mockery” the President’s declaration of a national day of prayer.

The message stated, “As your leader and the Patron for the National Dialogue, I am obliged to release this public statement to inform all our citizens and friends about the planned National Day of Prayers that’s going to be held on March 10th 2017.”

Terming the President’s call “a political prayer” and “a mockery,” Bishop Santo has been quoted as saying, “I have been praying for South Sudan every day. This morning, I prayed for South Sudan. That prayer called by Salva Kiir; I will never and never understand. Unless they carry me as a corpse but I will never attend that prayer. It is a political prayer. It is a mockery.”

The Bishop cited the internal displacements of the residents of the areas of Lango, Acholi, Madi, Kaku, and Kuku in Equatoria as well as the Shilluk of Upper Nile under the government watch.

“Why should I go [to] pray where there is no holiness, where there is no forgiveness? It is a joke to hear the president of the country calling prayers while at the moment, the soldiers are hunting people across South Sudan,” Bishop Santo has been quoted as telling the Voice of America (VOA) last Thursday in reaction to President Kiir’s Wednesday announcement.

“People are being thrown away from their ancestral land. There have been a lot of robbery of the resources of the people,” Bishop Santo went on to say, insisting that the first step President Kiir’s government should do is to stop the war.

Meanwhile, the cost required for foreigners to be allowed to work in South Sudan has been revised upwards to range between US$1,000.00 and US$10,000.00 from the previous minimum of US$100.00

The sharp upward revision, which will be determined by skill levels, was announced last Thursday, March 2 through a circular from the country’s Ministry of Labour, Public Service and Human Resource Management.

The revision is aimed at increasing government revenue.