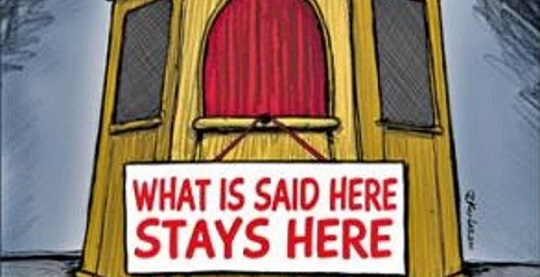 ‘When the state tries to intervene on our religious freedom, undermine the essence of what it means to be a Catholic, we will resist’

South Australian priests have said that they would rather go to jail than break the seal of the confessional to report child abuse.

South Australia has passed laws extending mandatory reporting to priests notified of pedophilic actions, even if it would require them to break the seal of confession. After a recommendation from the Royal Commission, other states are considering enforcing the law as well. However, many priests are rejecting this idea, stating they will not do anything that violates their beliefs.

“The state will be requiring us as Catholic priests to commit what we regard as the most serious crime, and I’m not willing to do that,” said Fr Michael Whelan, a priest at St Patrick’s Church Hill in Sydney.

Fr Whelan said he does not believe the Church is above the law but rather places his faith before all else.

“When the state tries to intervene on our religious freedom, undermine the essence of what it means to be a Catholic, we will resist,” Fr Whelan said.

Fr Whelan expressed concern regarding how they would enforce such a law and how authorities would know if priests are reporting or not. Fr Whelan also proposed an alternative, saying instead of forcing priests to break the seal of confession, if a child abuser confessed, he would try to step in and “stop them immediately.”

Other states, such as the New South Wales government, are set to respond in the coming month as to whether they will implement similar laws.

“I expect every jurisdiction in Australia now will follow that recommendation, and I expect the Church throughout will simply not observe it,” Fr Whelan said.