Zambia and Malawi Urged to Promote Sports for Peace 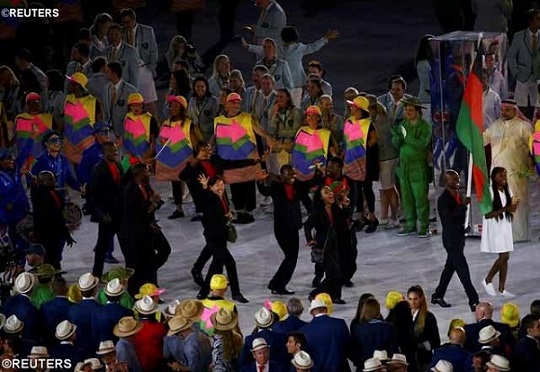 Zambia and Malawi Urged to Promote Sports for Peace

Jesuit priest Father Charles Searson, who is Zambia and Malawi Promoter of the Apostleship of Prayer has urged collaborators in the two countries to animate others into joining Pope Francis’ call for Sports as a vehicle that builds world peace.

In his message to collaborators, Fr. Searson says now that the Olympic Games have begun in Rio de Janeiro, Brazil, Sports can play a significant role in the promotion of peace.

“Sports can bring out the very best in men and women, youth and children. Healthy competition leads to a sense of personal well-being and happiness.” He asks, “Where do we stand regarding regular exercise appropriate for each one’s age and health?” He then adds that it is interesting how the worlds of faith and medicine agree on this point.

“For a long and happy life, we are advised: Never retire, do physical exercise appropriate for your age and eat a healthy diet. From a more social angle, Pope Francis invites us to pray that Sports may be an opportunity for friendly encounter between different nations and may contribute to peace in the world,” Fr. Searson said.

The Promoter of the Apostleship of Prayer then referred his associates to a video released by Pope Francis ahead of the 2016 Olympic Games in Rio de Janeiro. The video celebrates sports for building world peace.

Here is what the Pope says:

“Sports make it possible to build a culture of encounter among everyone,  for a world of peace. I dream of Sports as the practice of human dignity, turned into a vehicle of fraternity,” the Pope says in the video.

The Pope adds, “Do we exercise together this prayer intention? That sports may be an opportunity for friendly encounters between people and may contribute to peace in the world.” See video: http://thepopevideo.org/en.html.