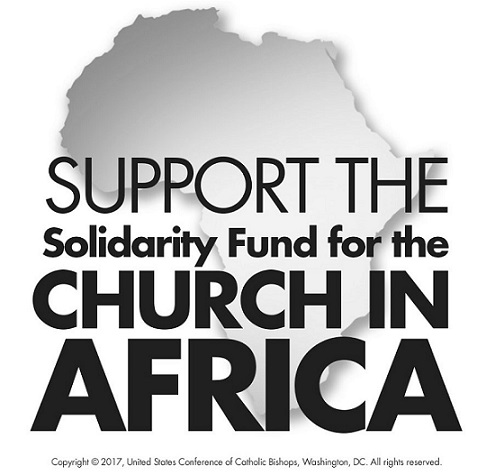 Subcommittees at the U.S. Conference of Catholic Bishops have approved more than $6 million for pastoral projects in Africa and Central and Eastern Europe.

The grants partner with local bishops’ conferences and Church organizations in dozens of countries to respond to specific needs within the communities.

“The Catholics of the United States show that we stand in solidarity with our sisters and brothers in Africa and recognize their courageous commitment to peace, justice, reconciliation, and Christian hope throughout the continent,” said Cardinal Joseph Tobin of Newark, who chairs the Subcommittee on the Church in Africa.

The subcommittee recently approved 54 grants providing $1.4 million for pastoral efforts in Africa, which include religious formation, seminarian and lay leader education, evangelization, and family ministry. Money for the grants comes from the Solidarity Fund for the Church in Africa.

Among the projects funded by the grants will be the establishment of child protection measures in the Diocese of Wa, Ghana. The new Child Protection Office in the diocese is organizing training sessions on the protection of children and vulnerable adults, safe environment creation, policy development and collaboration with government agencies.

Funding will also be given to the bishops’ conference in Rwanda, which is continuing its peace and reconciliation efforts after the 1994 genocide in the country by translating conflict prevention resources for use in local Catholic schools.

In Lesotho, a grant from the U.S. bishops’ conference will support Radio Maria in establishing three new transmitting stations, so that their educational faith programs can reach the entire national population.

In addition, the U.S. bishops’ Subcommittee on Aid to the Church in Central and Eastern Europe has approved $4.9 million in funding for 209 projects in 22 countries. Used to support the Church in nations that previously saw oppression under communism, the funding will go toward construction projects, formation of Church leaders, and education and evangelization efforts.

These include a seven-week formation program to help develop youth ministries in Romania, where only one-third of the parishes in the Archdiocese of Alba Iulia currently have youth programs, and the expansion of a homeless day center run by Sisters of Charity of St. Vincent de Paul in Rijeka, Croatia.

A rehabilitation center for children with cancer in Minsk, Belarus, will also receive a grant. The facility, run by Caritas, offers free housing and psychological support for poor families whose children are going through cancer treatment.

“As the people of Central and Eastern Europe continue to build a new future after decades of repression, we are all inspired by the example of great hope they give to the world that it is possible to bring healing to the wounds of the past,” said Cardinal Blase Cupich of Chicago, chairman of the U.S. bishops’ Subcommittee on Aid to the Church in Central and Eastern Europe.

“We can take pride that our steadfast support makes a significant contribution to all their efforts in renewing their communities and passing on the faith of their ancestors to the next generation,” he said.

The grants are funded by the annual Collection for the Church in Central and Eastern Europe, which is generally collected in churches throughout the U.S. on Ash Wednesday each year.