South African Council of Churches calls for dissolution of parliament 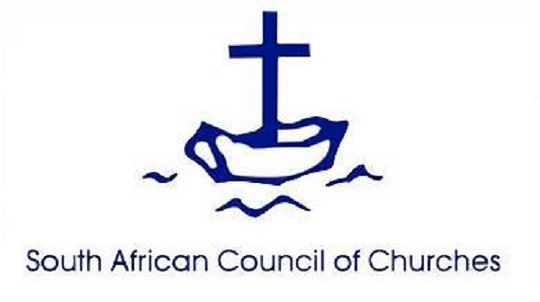 South African Council of Churches Calls for Dissolution of Parliament

Following its own findings of severe corruption in government, the South African Council of Churches called for the dissolving of parliament and new general elections.

The government “has lost its moral legitimacy” and new polls are needed, the South African Council of Churches said in a June 10 statement. The Southern African Catholic Bishops’ Conference is a member of the council, which met June 6-8 near Johannesburg.

In April 2016, the council set up an “unburdening panel” for anyone who had participated in or knew of corrupt activities. The report, based on that panel, reveals an elite group “that parcels out contracts and other opportunities for their circles against the interests of good governance and against the common good of the South African citizenry,” the statement said.

Members of parliament display “complete moral bankruptcy in the execution of their responsibilities in upholding the laws of the land,” it said.

General elections are needed “to secure a fresh mandate based on acceptable values and on integrity,” it said. South Africa’s next elections are due in 2019.

The country needs a national convention that includes a broad base of South Africans to find consensus on values and to work toward “the realization of the post-apartheid promise of South Africa,” which is “just, equitable, reconciled, peaceful” and free of corruption and deprivation, the churches said.

The council’s report on the panel’s findings noted that “South Africa may be just a few inches from the throes of a mafia state, from which there may be no return — a recipe for a failed state.”

The panel’s findings were presented at a May 18 council of churches meeting in Regina Mundi Catholic Church, Soweto.

Among those who approached the panel were local government staffers “who were pressured to divert funds inappropriately to certain activities that had nothing to do with the work and purpose of the budget,” the report said.

“There were people who were prevailed upon to rig tender process in favor of certain companies and individuals, or bend and tailor regulations for a specific desired outcome,” it said, noting that while most people opted to stay anonymous, some chose to go public.

“Some came forward only to share their experiences with no desire to be publicly revealed, but to clear their chests only,” it said.

“Others were ready to go public, and these we encouraged to go to the Public Protector (a state watchdog agency) and they did,” the report said, noting that these stories are in the Public Protector’s report released last November, which “has yet to be acted upon by the government.”