Pope Francis Sends Message of Joy to Egypt ahead of Trip 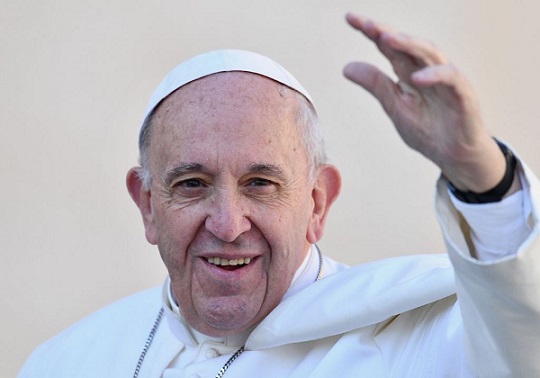 Pope Francis Sends Message of Joy to Egypt ahead of Trip

Pope Francis expressed his joy for his upcoming trip to Cairo in a video message, saying he hopes to bring peace and friendship to all Egyptian citizens.

“I am truly happy to come as a friend, as a messenger of peace and as a pilgrim to the Country that gave, more than two thousand years ago, refuge and hospitality to the Holy Family fleeing from the threats of King Herod,” the Pope said in an April 25 video message.

The video shows Pope Francis expressing his excitement to visit the land “where Patriarchs and Prophets lived,” and wishes to bring strength and comfort to the Christian community.

“I hope that this visit will be an embrace of consolation and of encouragement to all Christians in the Middle East; a message of friendship and esteem to all inhabitants of Egypt and the region.”

On April 10, the Director of the Holy See Press Office confirmed the Pope’s trip to Egypt despite the recent violence from the Islamic State taking place within the country.

Coptic Christians make up the majority of Egypt’s Christian community, but suicide bombings, kidnappings, and other violent attacks from the Islamic State have affected both Christians and Muslims.

General Minister of the Franciscan Community acknowledged the present dangers and said the Pope is “very informed” of the issues occurring in Egypt.

“Our world, torn by blind violence, which has also afflicted the heart of your dear land – needs peace, love and mercy; it needs workers for peace, free and liberating people, courageous people able to learn from the past to build a future without closing themselves up in prejudices,” Pope Francis said.

He added, “It needs builders of bridges of peace, dialogue, brotherhood, justice, and humanity.”

The Pope hopes he may bring “a message of fraternity and reconciliation to all children of Abraham, particularly in the Islamic world, in which Egypt occupies a primary position.”

Pope Francis will begin his trip by giving an address for an international conference of peace at Cairo’s Al-Azhar University, an esteemed Muslim institute. He will be speaking with the Grand Imam of Al-Azhar, Ahmed el-Tayyeb, who is considered by some to be head of the Sunni Muslim branch of thought.

Afterwards, the Pope will meet with the state officials and Patriarch Tawadros II of Alexandria, head of the Coptic Orthodox Church.

Patriarch Tawadros II was nearly injured during one of the two attacks which killed 44 people and injured over 100 more. During Palm Sunday liturgy, one suicide bomber detonated at the entrance of St. Mark’s Cathedral in Alexandria.