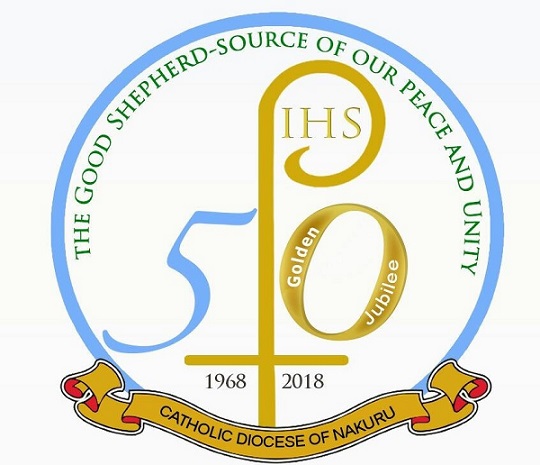 The role of missionaries in spreading Christian faith within the Catholic diocese of Nakuru in Kenya was acknowledged during the event of the diocese’s golden jubilee celebration last Saturday, January 13.

Bishop Maurice Muhatia of Nakuru Diocese as well as his Vicar General, Father Lawrence Mbogo expressed appreciation for St. Patrick’s Missionary Society and the Mill Hill Missionaries, two religious orders that pioneered the evangelization of the diocese that is now 50 years old.

Nakuru diocese was erected on January 11, 1968 and had the late Monsignor Denis Newman of St Patrick’s Missionary Society as the first Apostolic Administrator.

Bishop Muhatia thanked the missionaries for their effort in evangelization in his homily during the Saturday celebration, whose theme was Christ the good shepherd source of our peace and unity.

On his part, Father Mbogo congratulated and thanked St Patrick’s missionary priests who were also celebrating 50 years of priesthood for doing a lot during the early years of evangelization in the diocese. The priests include Fr Michael McCarthy, Fr Derry Buckley and Fr Martin Barry.

Lay Jubilarians in marriage, age, baptism and confirmation were also acknowledged during the well-attended celebration that had taken a full-year of final preparations since being launched on January 14, 2017 at the Cathedral church of Christ the King in Nakuru, some 140 km from Kenya’s capital city, Nairobi.

Families, small Christian communities, parishes, deaneries and various groups within the diocese were involved in the year-long preparations that saw the Golden Jubilee Cross going around all the parishes of the diocese as a sign of faith, redemption, and the missionary work of evangelization.

In particular, the Golden Jubilee celebration was also marked with the establishment of Our Lady of Sorrows Parish -Kinungi as parish number 50 of the diocese that covers the two Counties of Nakuru and Baringo.

Bishop Muhatia, who will be turning 50 in May this year, took time to thank the laity for having a sense of ownership of their diocese shown in their tireless support in various ways.

He also encouraged the faithful to hold firm to good family values and also give birth to enough children who will be parents, priests, religious brothers and sisters.

The Chairman of the Kenya Conference of Catholic Bishop (KCCB), who spoke on behalf the Catholic Bishops in Kenya congratulated the clergy, religious, and laity of Nakuru diocese for marking 50 years of the existence of the diocese.

“We the Catholic Bishops of Kenya wish to congratulate the entire diocese and the Bishop for their achievement in faith and development,” Bishop Anyolo said and added, “We thank the Bishop, clergy, religious brothers and sisters for the journey of faith they have accomplished.”

Bishop Anyolo also congratulated their host, Bishop Muhatia, who will be turning 50 in May.

Addressing the political mood in the country, Bishop Anyolo said that the Catholic Church is still committed to dialogue as the best way of resolving issues affecting the country.

The occasion, which was presided over the John Cardinal Njue of Nairobi Archdiocese, was attended by dozens of clergy, hundreds of religious men and women, and thousands of lay faithful both from Nakuru diocese and beyond.