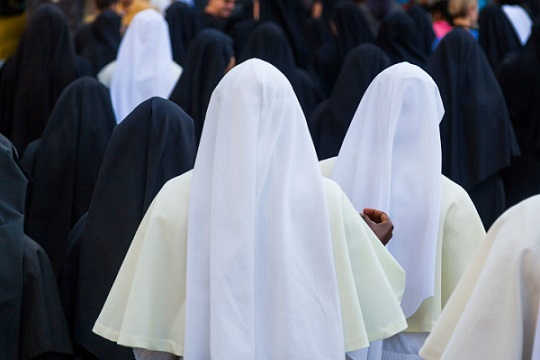 Mali security forces arrested two suspects who they believe were involved in the kidnapping of a Colombian nun Feb. 7 in southern Mali.

Sister Gloria Cecilia Narvaez Argoti, 56, a member of the Franciscan Sisters of Mary Immaculate, was taken by armed men in Karangasso village near the Burkina Faso border, according to Fides, the news agency of the Congregation for the Evangelization of Peoples.

Around 9 p.m., a group of armed men broke into the parish, grabbed Sister Narvaez, and took off in an ambulance that belonged to the church.

The news agency Agence France-Presse reported Feb. 8 that a security source said the two suspects were stopped while heading toward Burkina Faso in the ambulance. “The abductors initially threw her into the ambulance of the church, which led to their arrest,” the source stated.

A church worker told AFP that Sister Narvaez was one of four nuns living in Karangasso. The worker also stated that she was the the only one abducted.

Father Edmond Dembele, secretary general of the Mali bishops’ conference, told Fides that “the area where the religious woman was kidnapped is a quiet area and that is what is surprising. That area of the country has not yet been touched by the insecurity that affects other areas of Mali.”